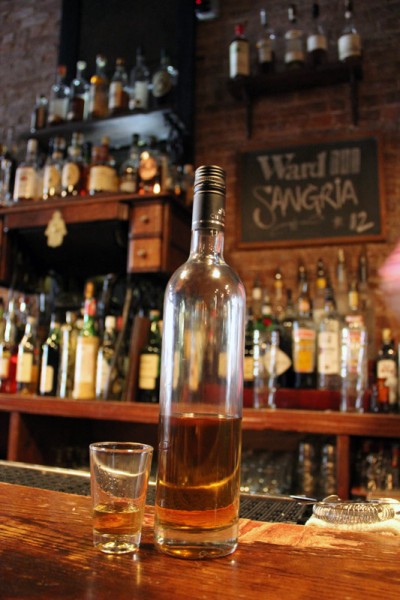 If someone asked me to recommend an unconventional distillery, Charbay would be at the top of my list. The Karakasevic family comes from a long history of alcoholic-beverage production, dating back to 18th-century Yugoslavia. When Charbay founder Miles Karakasevic left Europe almost 50 years ago, he chose the lovely wine region of Napa to set up operations for his family’s enterprise of alcohol innovation. This passion for innovation is no different for Miles’s son, Marko, who is now Master Distiller of their beautiful alembic pot stills. Charbay is known for many original products, such as (but not limited to) their flavored vodka range, a tequila that was guest-distilled by Miles and Marko in Mexico, and, most notably at the moment, whiskey distilled from high-quality beer.

Distiller’s beer, also known as wash, is typically unpalatable. Most distillers, in contrast to quality-conscious beer brewers, don’t control microbial instability, which can be caused by various factors during fermentation. While this is a brewer’s nightmare, it is less important to a distiller because he/she is going to boil and purify that liquid anyway. Some countries, such as Scotland, are studying the role of lactic acid during distillation and how it contributes flavors that might not otherwise be there. Be that as it may, there is one thing that nobody in the world is doing except for the mighty US of A: distilling high-quality and very drinkable beer. The fermentation of quality beer in high volume can be expensive, which might explain why this hasn’t been done before. The yield of ethanol per liter of liquid is far less than what you would get from brewing. When the Karakasevic family first tried this in 1999, they distilled 20,000 gallons of pilsner. After doing my own distilling calculations (which may vary from distillery to distillery, but only slightly), I came up with a yield of around 1000 gallons of whiskey. This begs the question: is it really worth wasting 19,000 gallons of delicious and perfectly market-acceptable beer for whiskey? It depends on your definition of waste – but you can guess how the Karakasevic family feels about it.

Here we are, over a decade later, and they are still at it; this time in the form of stout beer from Bear Republic Brewery, which is then aged in French oak casks. Although this great whiskey is almost always rare, Astor Wines & Spirits, in conjunction with Ward III and the Rum House, has managed to lock down a single barrel of it. Our spirits buying team recently went to Ward III to sample the whiskey that is on its way to us as I write this. I’m not sure I want to use all my good tasting notes on a product that isn’t here yet, but I can promise you that you have never tasted anything like it.