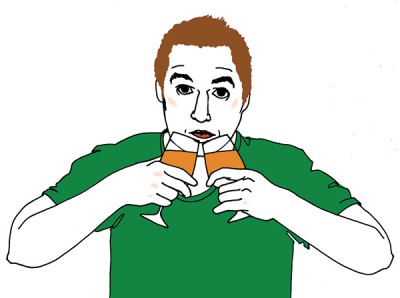 All Irish spirits are 10% off on St. Patrick’s Day!

The Scots have a saying about whisky: “The Irish invented it, but the Scottish perfected it.” Based on the success the Scottish have had with whisky, this may be true. The sale of Scotch whisky directly sustains over 10,000 jobs and earns approximately $170 every second – but “perfected it”? If by perfection you mean the implementation of blending, and the adaptation of the continuous distillation process to increase output and reach 200 markets worldwide, then yes, they perfected it. To me that sounds like a good business decision. I shouldn’t knock Scotch whisky though. I have a Scottish wife, a half-Scottish baby, I call Scotland home, and I adore their whisky, but I can’t forget the roots from which I came. My Celtic journey started in Ireland before I even stepped foot in Scotland, let alone built a wee Scottish family. I learned about Irish history and whiskey first, so in that sense, I consider myself a protector and promoter of their beautiful country, strong heritage, and action-packed history. And the whiskey? Let the story unfold… Sure, the Irish made some detrimental decisions, but it was mostly a combination of circumstances that ultimately led to the downfall of the Irish whiskey industry.

Aeneas Coffey, an Irish-born exciseman for the British government, patented a continuous distillation process that could produce highly rectified (clean and flavorless) spirit 24/7. It’s possible that Irish distillers rejected the new “Coffey” still because he was an Irishman collecting tax for the British government, but I side with tradition here. The Irish saw the new process as non-traditional and the distillate as flavorless. Distillers also claimed that raw materials such as low-quality grain, potatoes, and molasses could be used in the process and nobody would know because the resulting spirit was so pure. Look at vodka, for instance. It is highly rectified spirit made in a Coffey still with pretty much anything as a raw ingredient. I could hear the Irish concerns, but their pride got the best of them as the decision not to adopt the continuous process was the beginning of the end.

It was the 19th century and Coffey took his still to England and Scotland. The English established a formal gin industry with the new still. Scotland increased their output significantly and used the art of blending to mellow whisky and make it more palatable for more people. Meanwhile, the Irish overproduced their traditional and full-flavored pot still whiskey, failing to read the market change toward lighter whiskey. Then a microscopic fungal spore decimated potato crops, causing The Great Famine, which killed one million people, while millions emigrated from Ireland. Those who stayed witnessed death and darkness, as no attempt was made to overturn Corn Laws, which could have allowed the importation of affordable grain. Instead, British landowners protected their financial gain from farming while a nation starved. During this time, nearly half of Ireland’s distilleries closed. Those who made it through the darkness were still eclipsed by a cloud of consistent rebellion against the United Kingdom. A temperance movement in Ireland brought on massive tax increases in the early 1900s. Then the 1920s hit and Prohibition was declared in the United States, Ireland’s largest market for whiskey. In 1922, Ireland seceded as a free state from the United Kingdom, and a nasty trade war began that further blocked main markets for Irish whiskey. Ireland was forced to implement steep duty increases and distillers took the hills and started to produce spirits illegally to avoid taxation. During WWI, many Scotch whisky distilleries were shut in a coldblooded scheme to prevent overcapacity. This cutback proved worthwhile in the long run for Scotch whisky, but Ireland continued to overproduce a style of whiskey that fewer people wanted. In the post-WWII era, Scotch whisky was the standard. Everybody, everywhere wanted it. It was only a matter of time for Irish whiskey, and the remaining distilleries gradually shut throughout the 20th century.

There appears to be light at the end of the tunnel. The present day is proving to be an exciting time for Irish whiskey. As of 2009, the only three distilleries left were Cooley, Midleton, and Bushmills, and they were producing more than 30 labels. In 2010, Cooley brought the production of Kilbeggan back to its rightful home at the Old Kilbeggan distillery. The brand new Dingle Whiskey Distillery opened in County Kerry with their sights set on an Irish whiskey renaissance. This year, William Grant & Sons will return the production of Tullamore Dew to, well, the town of Tullamore. As excited as all this makes me, my undivided attention is on Jack Teeling and The Teeling Whiskey Co. They have set their sights on the revival of the once-independent spirit of Ireland. They’re going to have small-batch bottlings finished in rum casks, a hybrid blend of Scotch and Irish whiskey, a Poteen (the way Poteen should be), expressions aged for over 20 years, and I’m sure an onslaught of many other great products that will flip the whiskey world upside down. What caught my attention most in talking to Jack was his desire to bring distilling back to Dublin. Many of Ireland’s greatest distilleries (over 37 at one point) were Dublin-based urban distilleries. Two of the largest Irish brands today, Jameson and Powers, stake a claim to Dublin whiskey heritage, though neither is made there. Yup, it’s going to be a renaissance for sure and I cannot freakin’ wait!

This piece was meant to be short and sweet, but I just couldn’t stop myself. Hopefully you have learned something new about Irish whiskey. Even if you didn’t, the fact that you made it to this point is deserving of some whiskey.

Here is what Astor is drinking for St. Patrick’s Day, separated by method of ingestion:

Shots: In the world of Irish whiskey shots (because who could possibly get around them on Paddy’s Day?) there is a battle between for supremacy between Jameson and Powers, two brands made at the same distillery. I say neither. Bushmills Original all the way. It’s cheaper, better, and strays away from the norm of social drinking behavior on an Irish holiday. Give Bushmills Original a shot, no pun intended. It’s a liter size, I might add.

On the rocks or two fingers neat: Slieve Foy 8-Year-Old Whiskey. This a bit of an underdog, maybe, but the quality speaks for itself. Cooley made it while they were the only independent distillery in Ireland. I fear quantities are low, so if we sell out, look to John’s Lane from Powers. Named after the closed John’s Lane distillery in Dublin, and much to my dismay (given their misrepresentation of Dublin distilling heritage), it is really good whiskey.

Have a happy holiday!