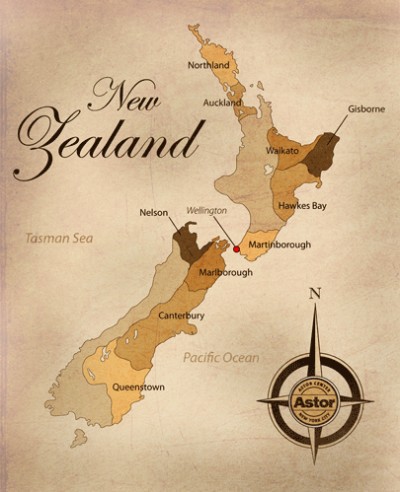 Shiraz (known as “Syrah” in the Old World) is Australia’s most important red grape, and the Aussies produce Shiraz in a dizzying variety of styles.

Australia has a great diversity of terroirs, and each region imparts its own stamp on the finished wines. Some of our favorites come from the McLaren Vale district of South Australia. The climate of McLaren Vale is heavily influenced by its proximity to the ocean, and its soils are rich in iron and limestone. McLaren Vale Shiraz often shows savory notes of olive and spice on the nose, and rich berry flavors on the palate. Shiraz from South Australia’s Barossa Valley, on the other hand, might reveal notes of black pepper and lush, jammy fruit.

There’s more to Australian wine than just Shiraz, however. Australian winemakers are making brilliant Rhône-style red blends (Grenache-Shiraz-Mourvèdre is the classic combination), and the fan base for these wines is growing all the time. The Aussies also produce delicious, often fruit-forward Pinot Noirs.

There are great white wines in Australia, too. Modern grape-growers are adept at identifying the terroirs best suited to the grapes they’re growing, and in Australia, this means choosing a site that can grow white grapes that fully develop their acidity. A perfect example is the cool-climate Margaret River, a region that is now producing refined, well-balanced whites that would have been unrecognizable as Australian wines just a few decades ago. 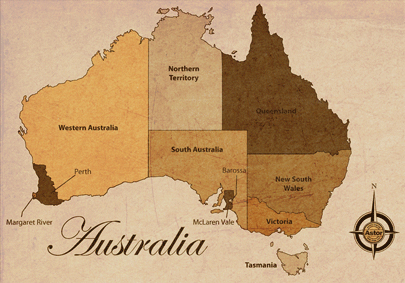 Much like Australia and its beloved Shiraz, New Zealand is known for making one thing very well: Sauvignon Blanc.

In the mid-1980s, Cloudy Bay Sauvignon Blanc put New Zealand’s Marlborough region on the map, and New Zealand Sauvignon Blanc soon became popular all over the world. These Sauvignon Blancs typically show grassiness, a little gooseberry, and lots of lovely acidity; they also tend to go well with fish or goat cheese. If you’ve never tried one, the elegant, subtle, well-mineraled Highfield Sauvignon Blanc is a great introduction.

Still, there’s a lot more to New Zealand than great Sauvignon Blanc! New Zealanders have shown that their winemaking expertise extends to Pinot Noir and Chardonnay as well. The relatively cool weather of the South Island (and the southern regions of the North Island) provides the climate these grapes require to develop appropriate levels of acidity. New Zealand Pinot Noir and Chardonnay can achieve startling depth and complexity, and some of these wines echo the best qualities of their Old World counterparts.