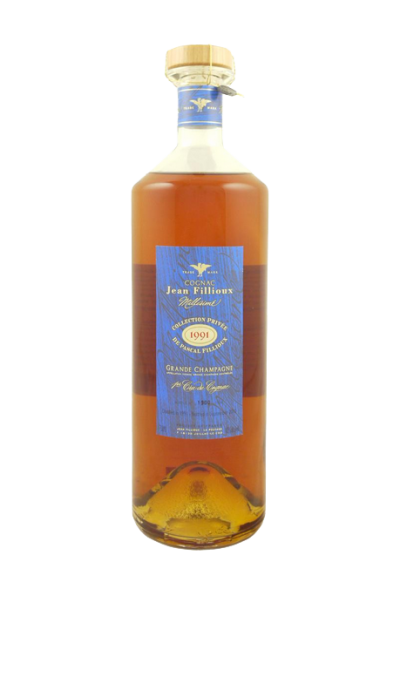 Time to stock up: Today only, Cognac and Armagnac are on sale!

Cognac and Armagnac are both brandies—spirits produced by distilling wine—named for towns in France.

In the 1600s, Bordeaux was a major port for the transporting of wine to England and Holland, but this wine was oxidizing on long trips. Fortifying this wine with brandy prevented it from ruin. Cognac was easily accessible to Bordeaux by river and thus became part of a global market with minimal effort. Armagnac, geographically removed, became France’s forgotten brandy child.

There are six zones within Cognac: Grande Champagne, Petite Champagne Borderies, Fins Bois, Bon Bois, and Bois Ordinaire. In order for a “Cru” Cognac to bear this name, it must come from at least 90% Ugni Blanc (the grape known as Trebbiano in Italy), Folle Blanche, and Colombard. The remaining 10% can be a combination of Folignan, Jurançon Blanc, Meslier St-François (also known as Blanc Ramé), Sélect, Montils, and Sémillon. Cognacs not classified as “Cru” may contain 90% Colombard, Folle Blanche, Jurançon Blanche, Meslier St-François, Montils, Sémillon, or Ugni Blanc, and 10% Folignan or Sélect. The best grapes come from chalky soils and thrive in mild temperatures near the Atlantic coast.

After these grapes are pressed, the remaining juice is left for two to three weeks to ferment with wild yeast. Addition of sugar and sulfur is prohibited in Cognac. Two distillations take place in copper stills and, after distillation, the spirit must be aged in Limousin or Tronçais oak barrels for a minimum of two years. The Cognac is then transferred to glass containers called bonbonnes, where it is stored for blending.

Armagnac is produced in Gascony, in southwest France. Production here is less voluminous than in Cognac, and column stills—rather than pot stills—are used in distillation, which can be, and often is, a single-distillation process. Unlike Cognac, Armagnac is dominated by small producers and is largely confined to sale and consumption within Europe.

The oldest brandy distilled in France, Armagnac was once consumed as a medicinal beverage. It was once cited by a 14th Century Cardinal for its “40 virtues,” some of which included the reduction of eye redness, the curing of hepatitis, and the curing of gout. The spirit, without question, has a long and strong history within its native country.

The official districts within Armagnac are Bas-Armagnac, Armagnac-Ténarèze, and Haut-Armagnac. There are ten authorized grapes permitted in the production of this brandy, though the four principal varieties are Baco 22A, Colombard, Folle Blanche, and Ugni Blanc. These spirits can be made from a single variety (seen most often with the grape Folle Blanche), which is not allowed by law in Cognac. Armagnac is distilled at a slightly lower alcohol level than Cognac, as well, resulting in a lighter, more fragrant end product. The best grapes come from sandy soils in southwestern France’s warmer climate.

V.S. Armagnacs are blends that have been aged two years in oak, while V.S.O.Ps have aged at least five. X.O. Armagnacs must spend six years in oak, and the highest designation, “Hors d’âge,” indicates that the youngest component in the blend is at least 10 years old. Some fine Armagnacs are sold in vintages, with single years denoted on the bottle.

Shop our full selection of Cognac and Armagnac here!