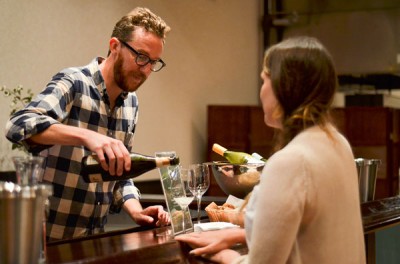 The best way to learn about wine is to taste. Astor Center walk around tastings are a great opportunity to taste and compare many different kinds of wines, and they are perfect for wine lovers of every experience level. There is no need to be intimidated by a large scale wine tasting! Watch the video above to get some tips on how to taste wines like a pro.

Ready to start tasting? Check out these upcoming tastings at Astor Center:

A celebration of all things apple: We can’t think of a better way to welcome the season!

Calvados! Hard cider! Applejack! The fall harvest offers up a bounty of delights, drinkable and otherwise, all ripe for celebrating. Join us for Astor Center’s fifth annual Applepalooza, an autumnal tasting extravaganza. We’ll be pouring an abundance of apple- and pear-based libations, including brandies, ciders, and other fruit spirits.

As we’ll be in the very height of apple season, we’ll have a plethora of interesting and unusual varieties of fresh apples available for tasting. And don’t forget the apple-tizers! Come in for a taste of fall.

In addition to Applepalooza, Astor Center is also hosting its 1’st annual Cider week class, New York’s State of Mind: Cider and Cheese. For guests interested in attending both events, a special package rate is available under our NYC Cider Week Package.

Can’t you feel that chill in the air? Thanksgiving is right around the corner and, pretty soon, we’ll be unearthing those winter coats from forgotten drawers. It may not be snowing— yet— but that doesn’t mean we can’t get our seasonal drinking in order. That’s right: ‘tis the season to drink red wine.

For this walk-around event, we will be featuring 25 wines, along with a selection of cheeses and charcuterie. We’ll be taking our red wine journey around the globe, seeking out expressions that are lithe, bold, bright, and maybe even a little surprising. Join us for a bit of red wine worship as we prepare to stock the cellars for the long, cold winter ahead.