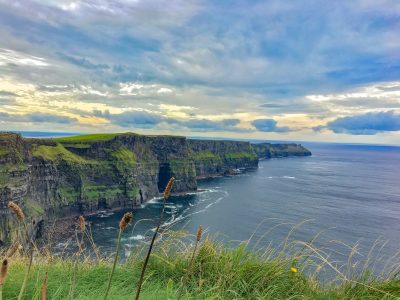 Irish whiskey today is unrecognizable from where it was not too long ago when your options were limited to the output of just two distilleries. But with craft distillers quickly gaining recognition and a steady stream of aged product from stalwart labels, the boundaries of this historical whiskey are being redrawn before our eyes.

Toast the night away with these Irish whiskeys recommended by our staff.

Before the hubbub surrounding Japanese whiskey, before the empire of Scotch, there was Irish whiskey. Bushmills has been distilling since 1784. Their single malts are layered, nuanced, and extremely underappreciated. – Sam Davies, Wine & Spirits Consultant

Think of the Knappogue 12 year as you would a New Zealand Sauvignon Blanc. Yes, I know, it’s a whiskey and the proof is abv is lofty, but its fruit is like nothing else I’ve tried in the whiskey world. Bright yellow citrus and delicate white floral notes all wrapped up in a blanket of passion fruit and lemon rind. – Heather Gordon, Sales Manager

Olsen Olsen is one of the world’s finest candy bars, yet is mostly confined to its homeland of Iceland. Revisit this delicacy in tipple form with the milk chocolate, marzipan, and salty black licorice components in a rich sherry-influenced Irish whiskey. – Vince Grace, Wine & Spirits Consultant