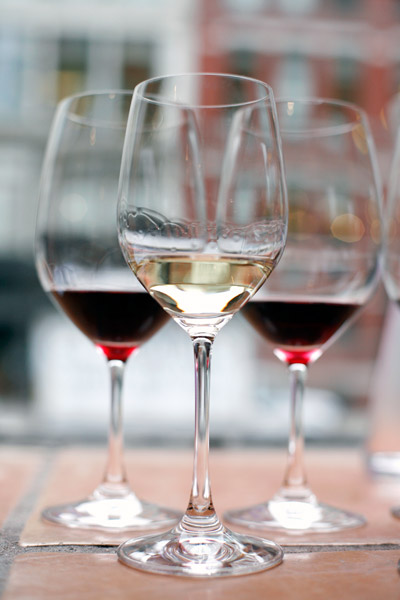 When it comes to dessert wine there are many factors one can include when choosing from the array of sweet wines. Price, quality levels, sweetness levels, pairings, grapes and production methods are all things that can be considered when making a purchase. This can be a bit overwhelming and I often wonder if a general lack of knowledge and understanding contributes to the untapped nature and resistance to the category. A good place to start learning would be to understand the different methods used to make these wines sweet. Although it is debatable whether a bit of background information will set one in route to Astor’s Dessert section, I hope this will make you take a second glance.

Sweet Wine 101
Sweet wines or dessert wines, whichever name they are referred to, cannot be precisely defined in a single line, but are generally characterized as having a residual sugar level of five to thirty percent of the total wine. However, the perceived sweetness of a wine can be dependent on the acidity of that wine, which can decrease or balance out the sweetness that the palate senses. Tannins and alcohol content can intensify the perceived sweetness level, while the fruitiness of the wine can also be erroneously mistaken as sweetness in a dry wine. Fruitiness can also amplify any actual residual sugar which may be present. The personality of the vineyard, referred to as the terroir, actively seeks to take a starring role in the experience of both sweet and dry wines. The influence of the terroir in the wine and a host of different production methods coupled with grape differences, lead to a multitude of different styles, flavors, and possibilities for dessert wines.

Fermentation
Before outlining a few different methods for producing sweet wines, it is important to briefly explain fermentation. Alcoholic fermentation occurs when yeast is used to turn sugar to ethyl alcohol, if this process is stopped at any point when a detectable amount of residual sugar is still present in the wine then a sweet or off-dry wine is produced (dry being the absence of sugar in wine). The yeast will stop functioning in a few different scenarios. Yeast can starve, freeze, or drink itself to death. Specifically, there is either no more natural sugar left for the yeast to consume, they become dormant at a temperature below 20°F, or the yeast cells cannot exist in an alcohol environment of approximately 16% or more. There are several different ways that sweet wines can be produced, some of which are: fortification, development Botrytis mold, harvesting late in the season, freezing the grapes, and drying the grapes.

Madeira and Porto
Made popular in Portugal with the production of Madeira and Porto, a fortified wine is a wine that has a high alcohol spirit, generally brandy, added to the wine. This produces an environment too saturated in alcohol for yeast to live. A fortified sweet wine such as the Quinta do Infantado Ruby Port still has residual sugar present at the point when fermentation is stopped.

See all of our Madeira & Porto here

Botrytis Cinerea
Botrytis Cinerea produces a sweet wine made famous in the Sauternes and Barsac appellations of France. The Ch. d’Yquem, Sauternes 2002 is a classic example. Botrytis is beneficial mold which leeches onto the grapes and pierces holes in the skin of the fruit. The microscopic holes in the skin allow for water to escape, in turn increasing the ratio of the sugar to juice. In addition, the botrytis, Pourriture noble or “noble rot” to the French, chemically alters the tartaric acid which is a bitter acid that is naturally present in the majority of wines. The tartaric acid is converted to gluconic acid and glycerol adding viscosity and sweetness to these wines. Botrytis isn’t a fungus that is guaranteed to affix itself to the grapes uniformly or consistently from year to year. Instead, it haphazardly appears among the vines, generally requiring more than one passage through the vineyard to collect the botrytis affected berries.

Vendage Tardive
Another dessert wine production that is classically produced in France is late harvest, often referred to as vendage tardive. Late harvest wines are made from grapes which have been left on the vines to ripen late into the season. The grapes ripen to a degree of surplus sugar, which will allow sugar to be leftover in the wine after fermentation. One of my favorite late harvest dessert wines is the affordable Jurançon Moelleux “Ballet d’Octobre”, Domaine Cauhapé 2008.

Icewine
Another process that involves leaving the grapes on the vine for a longer than usual period of time is icewine. This is a method that involves having the grapes freeze while they are still on the vine, then handpicking and crushing the fruit isolating the sugar of the fruit from the icy water. For the grapes to adequately freeze on the vine in Germany, which was once the largest producer of icewine or eiswein, the temperature must be -8°C for at least six hours. Although in recent years, Canada’s cold winters have been more successful in freezing the grapes on the vine and their production has been increasing. The Riesling Ice Wine from Inniskillin is an example a Canadian Ice Wine. This temperature requirement results in the grapes having to remain on the vines until December or January, several months after the traditional harvest. In the months between September and December, wine makers are fearful of powerful storms, hungry birds, and pesky molds which can easily decimate the harvest. Aside from the level of sweetness in the wines, the other aspect which sets these wines apart from dry wines is the labor intensity and low yields that result from most of these sweet wine production methods. It often takes tons of grapes to produce small amounts of juice which is often a reflection of their generally higher prices compared to dry wines.

Passito
The last process, known in Italy under the name Passito, involves leaving grapes out on racks, resulting in the evaporation of the water and concentration of the sugars. Vin Santo, San Felice, a Tuscan dessert wine, and Vin de Paille, Dom. de la Tournelle, from the Jura region of France, are two wines that classically use this method. Drying their grapes up to three months on straw mats or hung from the rafters before pressing them.

So next time you pass the dessert wine section, give it a second thought. Take a second to think about all of the time and work that went into the bottle, resulting hopefully in a level of appreciation for the craft. In the future, I look forward to exploring the flavor differences and pairing opportunities of a selection of our dessert wines.