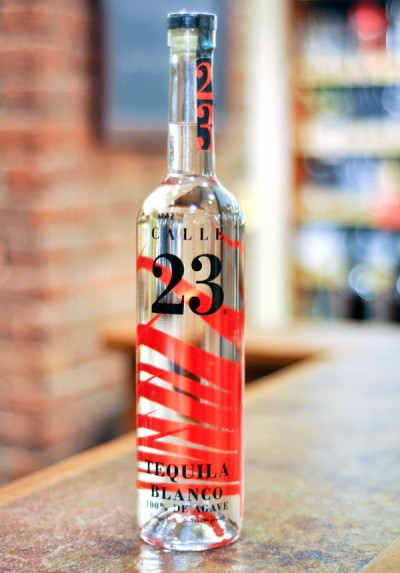 The arrival of one of the best tequilas out there could not have been timed any better. This week we saw the defeat of NOM 186, a proposal that sought to brand the word “agave” for the exclusive use of distilled beverage producers with an Appellation of Origin in Mexico. The proposal also attempted to regulate the production specifications, proof methods, and commercial information available for agave-based distilled beverages. Such a proposal would have had major ramifications on many different levels. To summarize briefly (but by no means to cover the extent of the potential damage):

1) Producers distilling outside the Appellations of Origin would have had to brand their products without the word “agave,” the required base ingredient for all tequila and mezcal. Instead, they would have been required to use the word “agavacea,” which provides very limited information, because “agavacea” refers to the family of agaves, of which there are hundreds of species. Consumers would have had no clear idea of the production information.

2) Traditional producers employing ancient methods would have suddenly had to change how they do things. NOM 186 would have forced them to create a final product between 25-35% ABV, even though artisanal mezcals are often produced between 45-55%. This would severely impact flavor, essentially destroying recipes that have been preserved within villages for generations.

3) The proposal would also have limited the types of agave that could be planted and harvested in the Appellations of Origin. This would not only restrict the use of agave species that have been used for generations, but would also severely impact biodiversity.

Yes, up until this week it has been an uphill battle, but we saw a massive organization of so many people from different walks of life helping to oppose these detrimental proposals. Our thanks go to the Tequila Interchange Project for their endless efforts, and all those who took the time to sign the petition and oppose NOM 186. This is a great victory that will preserve artisanal methods of mezcal production that have been carried out for generations. You can find further information here.

All of this definitely calls for a celebration, and Calle 23 can assist with that. The care that goes into the production of this herbaceous yet fruity and citrusy tequila is tremendous. Sophie Decobecq, a French-born certified biochemist and the mastermind behind the recipe, worked hard to make her way into the close-knit tequila community in Guadalajara, Mexico. Well, actions speak louder than words, and after a prolonged development period, her tequila was mastered. Highland agaves are grown at a high altitude, in a hot climate with heavy rains during the wet season. This creates a higher level of sugar in the agave, which assists in her recipe, which is focused very closely on the fermentation. Using her skills as a biochemist, she employs multiple yeast strains during fermentation. The flavor development from multiple yeast strains is superior to that from a single strain. Let’s get scientific: Agave fermentations produce ß  -glucosidase enzymes, which contain flavor-active terpenes. Terpenes are a class of organic compound produced by plants that are often very aromatic. Essential oils, which contain high concentrations of terpenes, are often used as food additives and in aromatherapy and perfumery. Single-yeast fermentations aren’t always successful at releasing these flavor-active compounds; their release is aided greatly by the use of secondary yeasts. In beer production, the aromas and flavors we associate with hops come from terpenes; in much the same way, the highly aromatic compounds produced during fermentation are a great flavor precursor for distilled spirits.

What does this all do for Calle 23 tequila? Well, you be the judge. As for me, I find that the spirit shows a long list of aromatics – such as pepper, cinnamon, and clove – while still retaining the fruity flavors that come from Highland agaves. Calle 23 is expressive of all that tequila can and should be. What better way to celebrate the defeat of NOM 186 than with a truly unique tequila?