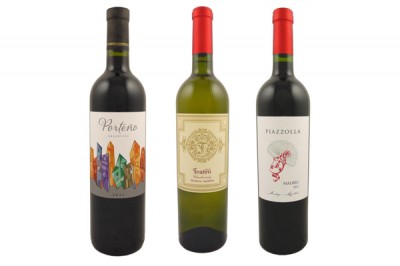 Argentina adopted Malbec a few decades ago, when it had been all but forgotten in its native France.

The grape thrived in the Southern Hemisphere, and today, Malbec is more successful and popular than anyone ever anticipated. Many of our customers are constantly on the lookout for our newest and best Malbecs.

That’s the sort of enthusiasm we love to see – and we have Argentina to thank for it! Read about Malbec’s journey below, or head straight to our Argentina sale.

Malbec originated in France, where it once stood with Cabernet Sauvignon, Merlot, Cabernet Franc, and Petit Verdot as one of the great grapes of Bordeaux. It was particularly sensitive to frost and rot, so the Bordelais soon grew tired of tending to the fragile grape. By the mid-20th century, Malbec had all but disappeared from Bordeaux, and it was relegated mostly to Cahors in southwest France, with occasional appearances in Buzet, Bergerac, and the Loire.

Such was the sad story of this grape – until it came to Argentina! In this faraway land, Malbec found a new home.

Malbec thrived in the sandy soils of Upper Mendoza, where it finally received the care and attention it needed to realize its potential as a varietal wine (i.e., a wine made from 100% Malbec). In the attentive hands of the Argentines, Malbec produced dark, robust, age-worthy wines with beautiful berry fruit and solid, elegant structures.

With the help of Argentina’s amazing climate, soils, and irrigation systems, Malbec flourished. And while the country is home to a wealth of better-known international varieties (such as Cabernet Sauvignon, Syrah, Chardonnay, and Sauvignon Blanc), we’ll always be grateful that Argentina’s winemakers “rescued” this lovely, distinctive, lesser-known grape, which is now Argentina’s biggest claim to fame on the wine export market.

This is only the most famous example. The winemakers of Argentina are adept at turning unfashionable grapes (Malbec, Bonarda, Torrontés) into noble, well-regarded varieties – and who doesn’t love rooting for the underdog?

View all of our wines from Argentina here!