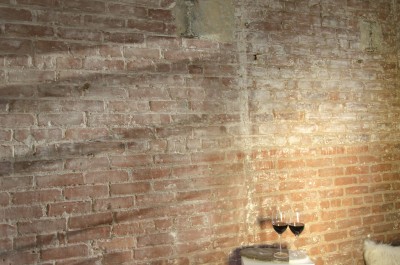 Cabernet Sauvignon Wine you Should Cozy Up With

Cabernet Sauvignon wine is, in fact, the love child of Sauvignon Blanc and Cabernet Franc. But today, it enjoys even more popularity than both its parents combined. It’s a staple of Bordeaux and its continued success in California is what first garnered attention from the international wine community. Cabernet Sauvignon wine is indeed so popular that it stakes a claim in virtually every winemaking country on the planet. And it’s easy to see why it’s so likeable: more often than not, the wines are full-bodied, with bold tannins and opulent fruit.

Deciderio Hernandez, Cabernet Sauvignon San Benito County – 2013
I am a BIG fan of the “Hrndz” (Hernandez) Deciderio Cabernet. It is from San Benito County, CA. Deciderio Hernandez, the father of the family who farms the land, initially came to the U. S. as a Mexican immigrant. He has worked at Spur Ranch since 1974 and works for a rancher who offered him a piece of the land to grow grapes. The vineyard’s chalky limestone soils are quite atypical for California. The Hernandez family has been bottling their own wine since 2012. The consulting winemaker for their project is Ian Brand (p’tit Paysan, La Marea). This Cabernet Sauvignon wine is exceptional for the price. Full of generous dark fruit, without being overripe or jammy. The tannins are supple and lovely. It is pretty much everything I want from a California Cabernet and nothing that I do not want. – BR

Shinn Estate “Wild Boar Doe” – 2012
This is a big, spicy Bordeaux blend (haha, “Boar Doe”…get it?) with lots of dark fruit. Delicious, unpretentious and local! Skeptical about Long Island Wines? Don’t be. Shinn Estate, among others, is showing the wine world that Long Island can play ball with anybody! Enjoy this Cabernet Sauvignon wine with hearty fare. – EG

Gramercy Cellars “Lower East,” Cabernet Sauvignon – 2013
This is a New World wine with an old-school sophistication that’s not so jammy on the palate and offers a wide range of aromas. Accessible now or to hold, this stylish and complex Cabernet Sauvignon wine will do great things on its own or with a proper filet mignon. -SB

Vasse Felix Cabernet Sauvignon – 2012
Australians use the term “bitchin'” when something is particularly pleasing to them. I think this term is very applicable to the Vasse Felix Cabernet Sauvignon. Dark fruit notes, earthy flavors and solid tannins show off the power and elegance that comes from vineyards in the Margaret River region. Pair with spicy lamb kaldereta. – LM

Ch. Fontis Cru Bourgeois, Médoc – 2010
Cabernet Sauvignon wine and I have been off and on for quite sometime. This is due to too many young and rambunctious Cabernets. I need a commitment! Luckily, I found the Chateau Fontis from Médoc. Well-built with notes ranging from rich dates to black tea and it will also age well. Sorry California Cabs, I’m spoken for. – SD

James Cabernet Sauvignon – 2013
Sometimes the flavors of a California Cab can be masked by an overuse of oak. James is fermented and aged in stainless steel so the fruit notes aren’t compromised. Also, some Merlot and Cabernet Franc is blended in for good measure. Did I mention it’s organic? Affordable and absolutely delicious! – LB

Woodward Canyon “Artist Series” Cabernet Sauvignon – 2012
I was first hit with the aromas of ripe, rich fruit and earthy baking spices. The first taste is luscious fruit with well-integrated oak and dusty leather that moves to a dry finish, full and robust. This mostly Cabernet Sauvignon wine blend from the Walla Walla region in Southeast Washington state is definitely a great bottle to try. – JM

Anjou Rosé “La Ritournelle,” Breton 2011
Pleasant and charming lightly sparkling rose made from Cabernet Franc. Packed with strawberry, peaches, watermelon, baking spices, brioche, and a hint of rosemary. Enjoy sipping this on its own or with pork rillettes or rabbit pâtés. – MR