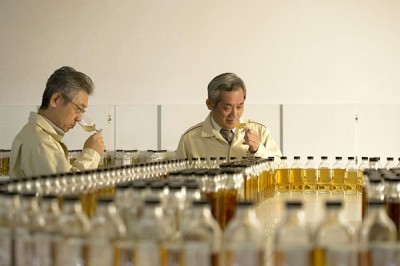 Japan has a strong history of alcoholic beverage production with written references to saké as early as the 8th century. Upon the arrival of distillation in Japan, Shochu was born sometime in the 16th century. But whisky? Whisky as a concept is said to have arrived during the 1854 Convention of Kanagawa, which were negotiations between Japan and the United States to establish a treaty of peace and amity. Large quantities of Scotch and Bourbon whisky were distributed as gifts as a sign of friendship. The art of souvenir gift giving, called omiyage, is a very common practice in Japan. The arrival of whisky set the stage for local production at the end of the 1800s, but Shinjiro Torii and Masataka Taketsuru were the pioneers of the groundbreaking work that established a formal Japanese whisky industry.

Entering the vast world of alcoholic beverages at age 20 in 1899, Shinjiro Torii sought to make the first Japanese-style wine, which became known as Akadama Port wine, a blend of different wines and flavoring agents. Torii was fascinated with not only blending by the flavor and color changes that occur during maturation in wooden casks. His interest in maturation provided the framework for Akadama production and ultimately, its success. This led to expansion, so Torii set his sights on whisky production. In an attempt to establish a Japanese whisky distillery based on Scottish production methods, he linked up with Masataka Taketsuru, who had just arrived back in Japan after studying chemistry in Glasgow and doing placements at the Scotch whisky distilleries Longmorn and Hazelburn. Taketsuru went to work for Torii at his company Kotobukiya, Ltd. in order to open Yamazaki distillery. From the beginning, there was a difference in opinion about where the distillery should be located and what styles of whisky should be made. Taketsuru thought that Hokkaido was the obvious place for whisky production since the climate and terrain were similar to Scotland. On the other hand, Torii preferred a location on the ancient road between Kyoto and Osaka (Yamazaki’s current site) for the microclimate created from the merging of three rivers and the quality of water available. Taketsuru was also partial to a peated whisky, which Torii felt was too heavy for the Japanese palate. 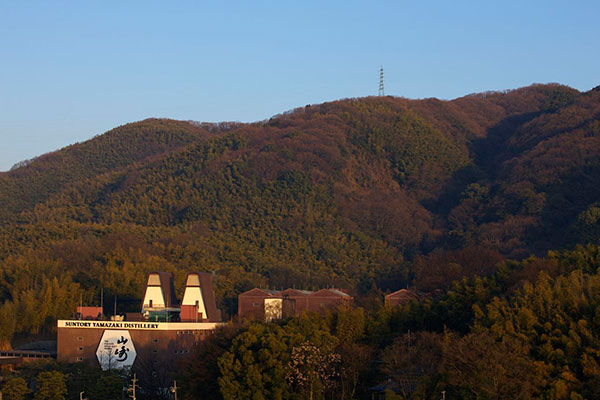 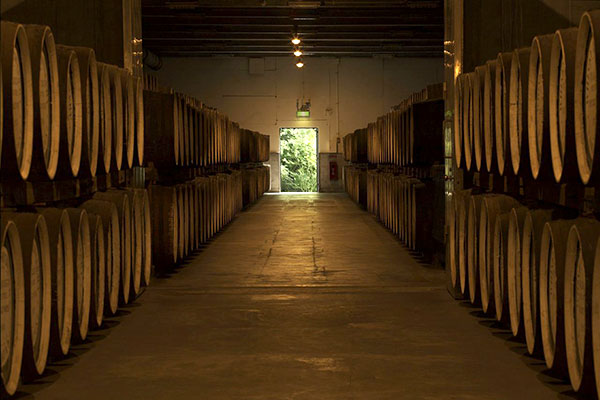 Yamazaki distillery opened for business in 1923, but relations between Torii and Taketsuru were soured. Despite their acute differences in opinion, Taketsuru worked every day of his 10-year contract producing Japan’s first whiskies with Kotobukiya, Ltd. to later establish his own company, Nikka. Torii continued with Kotobukiya, Ltd. to later establish Suntory. The two companies, Suntory and Nikka, still remain today as pillars of the Japanese whisky industry. 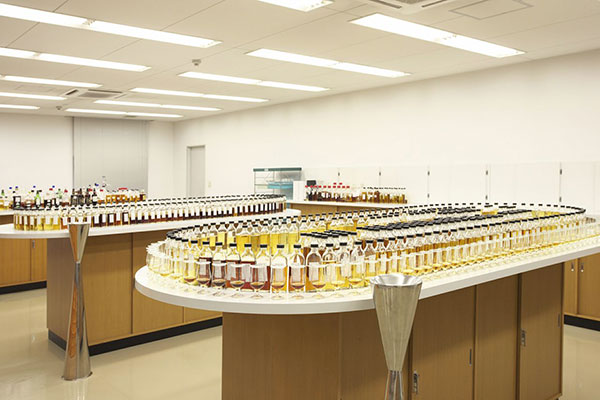 While there was a serious rift between Torii and Taketsuru, it is my belief that they both agreed that Japanese whisky production should be based upon Scotch whisky traditions. This unfortunately created a general notion that Japanese whisky is just Scotch whisky produced in Japan. There is plenty that is similar between the two countries’ production methods, but there is also plenty that is different. These differences are the foundation of why Japanese whisky is unique. The main difference is the exchange of different whisky styles between companies. In Scotland, each malt distillery produces very few styles of spirit (oftentimes only one) and relies on the exchange of different styles from other distilleries to create their blends. In many cases, malt distilleries depend on the sale of whisky to blend companies for survival. In Japan, companies do not exchange whisky with one another. This forces them to produce a number of different styles in house. So what do the Japanese do differently? Let’s have a look.

Wort Production: In the brewing and distilling industry, there are two types of wort that can be recovered after mashing: cloudy and clear. The difference between the two is as simple as it sounds; the wort liquid can either be cloudy or clear. One isn’t necessarily better, per se, but cloudy wort results in higher levels of lipids during fermentation, which adds high thresholds of nutty/cereal notes to the whisky. While there are most certainly a number of Scottish distilleries that acquire clear wort, I would say that the malty character of Scotch whisky obtained from cloudy wort is prized there. The Japanese, who only produce clear wort, offer a different take, bearing in mind cloudy wort is not the only source of nutty/cereal notes. To achieve clarity, wort can be recycled through the grain bed of the mash for further filtration or cycled through a secondary vessel known as a lauter tun. The lauter tun has a larger surface that encourages clarification of wort. The use of clear wort can change many factors in terms of fermentation, a process the Japanese value more highly than any other whisky producers in the world. Let’s have a look. 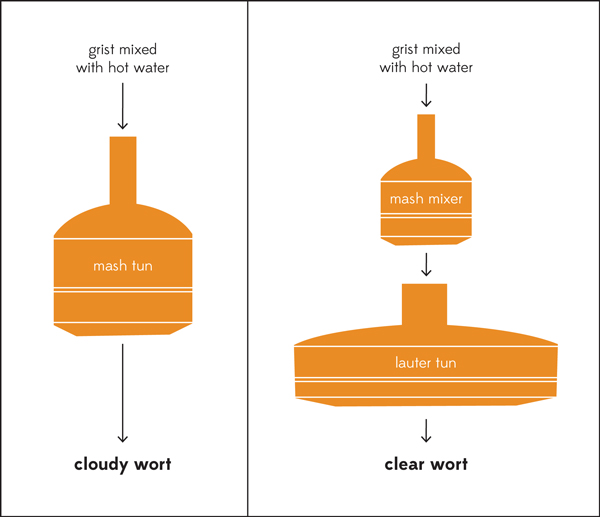 Yeast & Fermentation: In Scotland, distillers use one strain of yeast, typically dry, although sometimes in liquid form. Their focus is on a high alcohol yield, which is why dry distiller’s yeast is used. Japanese distillers, on the other hand, are possessive of their yeasts and the flavors that are produced during fermentation. Most likely stemming from meticulous attention to detail in saké brewing, they employ the use of multiple yeast strains. Simply put, happy yeast equals a good fermentation which results in wanted flavors. Having total control of your yeast supply is best practice and the Japanese wouldn’t settle for anything less. Also, the addition of a secondary yeast strain encourages further fermentation and bacteria to form on the wash. While this is common practice for all distilleries in Scotland, the type of bacteria that forms during wash fermentations in Japan has been scientifically proven to be different from the bacteria at Scottish distilleries. This is no accident, either, and their scientific research proves it.

Japanese Oak Mizunara: In addition to the European and American oak species commonly used in the whisky industry, the Japanese also use their own species of oak called Mizunara. Mizunara oak possesses different flavor attributes, such as coconut and incense notes. All oak casks contain esters called lactones, which add a coconut flavor to whisky. There are two types of lactones: cis and trans. Cis-lactones, which are more flavor-active, dominate in American oak, but trans-lactones have been found in considerably higher concentrations in Japanese oak. Even though trans-lactones are less flavor-active, interactions between trans– and cis-lactones in Japanese oak yield variations of coconut flavors that are truly unique to Japanese whisky. Additionally, a distinct incense note is found in Japanese whiskies aged in Mizunara oak. The derivation of this distinctive characteristic is still not fully understood, but I can guarantee it only exists in Japanese whisky.

All of these factors create whisky that is different from Scotch whisky. In the end, the biggest difference is business practices. As mentioned, Japanese distillers do not exchange whiskies with one another, so the construction of multiple styles is dependent on the variation of in-house production practices. The differences in Japanese whisky production should be clear, but what are the pillars doing to make themselves unique from one another? Let’s have a look at what is currently available here at Astor.

Yamazaki 12 Year Old
Yamazaki, Japan’s first distillery, is a great entry point into the world of Japanese whisky. Their 12-year-old expression, at $53.99, sets an extremely high standard for other Japanese offerings. The staff at Astor are all in agreement here.

Yamazaki 18 Year Old
The 18-year-old is a step up from the 12-year-old and completely different in character. It has a heavier mouthfeel with more Sherry influence, creating an array of tasting notes from coffee and chocolate to dried fruits and spices. Simply stunning.

Hakushu 12 Year Old
Hakushu distillery employs similar production practices to Yamazaki’s, but the game-changer for Hakushu is the distillery location. Located in the midst of beautiful forestry, the air is some of the freshest I’ve inhaled. The penetration of the fresh forest air into oak casks during maturation creates a definitive characteristic for the Hakushu 12-year-old that I can’t quite put my finger on. The aroma reminds me of my childhood, when I used to play in leaf piles. The aromatics are truly unique and not to be missed. 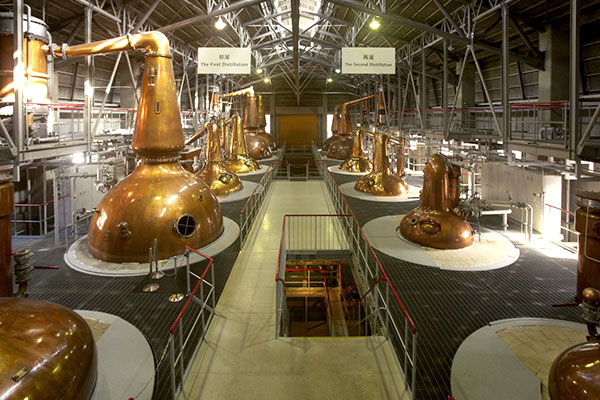 Hibiki 12 Year Old
Also made by Suntory is the Hibiki blend. I can’t tell you exactly what’s in it, but it’s the perfect combination of all spirit characters from both distilleries. As mentioned before, everything is done in-house, and the attention to detail the blending team have for the finished products is beyond scrupulous (if that’s even possible).

Nikka 12 Year Old Pure Malt
Nikka have their two malt distilleries, but unfortunately only one is available in the USA. Not to worry: the Taketsuru 12-year-old pure malt whisky is comprised of whiskies from both their Miyagikyo and Yoichi distilleries. The term “pure malt” implies the use of only malt whisky and no grain whisky, which is a standard ingredient for nearly all blends. The Taketsuru 12-year-old is very harmonious blend. The integration of flavors from both distilleries is impeccable, creating floral and fruity notes alike. I always smell green apples and peaches that remind me of a cherished closed distillery in the Lowlands of Scotland called Littlemill. I absolutely adore the balance of this whisky.

Yoichi 15 Year Old
Now off to Yoichi distillery in Hokkaido to visit their 15-year-old expression. Whisky produced from their direct coal-fire-heated pot stills is the defining characteristic. The spirit character produced is heavy, oily, and extremely flavorful. If you’re a smoky whisky lover, this is going to be your new favorite without a doubt. 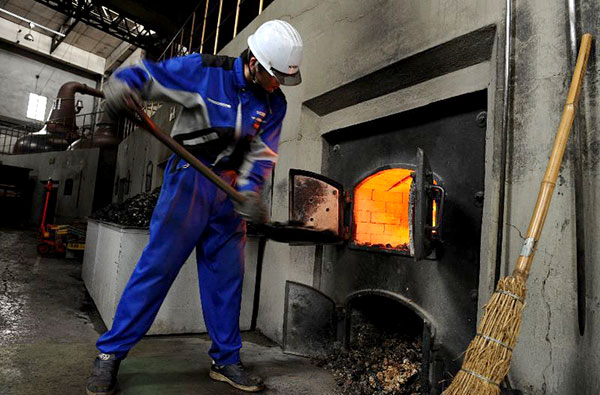 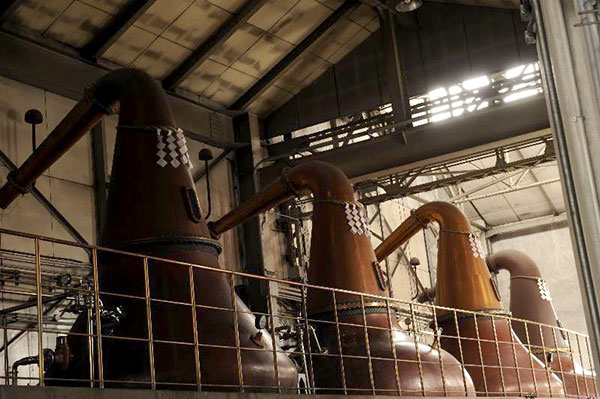 To learn more, check out our upcoming whisky classes at Astor Center:

Whisky Smackdown: Irish vs. Japanese
The Origins of Flavor in Scotch Whisky