Seen In The Times > Spirits & Cocktails 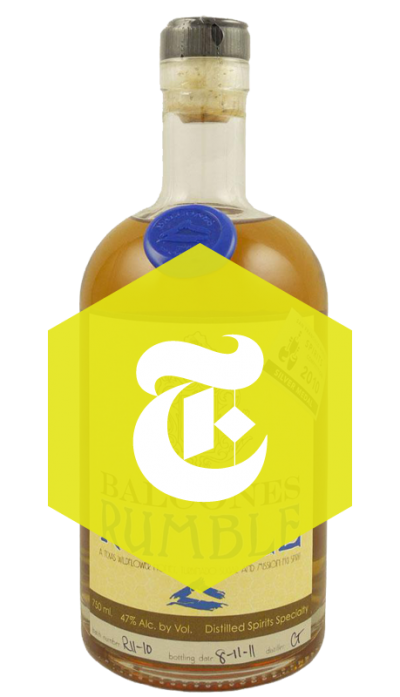 Not long ago, it was software that mattered, not craft spirits. Just ask distiller Michael Vachon, who once worked for a tech start-up in London and who, after a visit to South by Southwest in 2011, switched careers to launch Maverick Drinks, an importing company that focuses on the work of small American distilleries. His work and the en vogue craft spirits movement, was highlighted in Clay Risen’s recent New York Times article. It seemed there was more profit in small-batch whiskey than there was in the tech boom, something that never could have been said in the early 2000s when Silicon Valley promised to take over the world. These days, the promise of American Oak looms larger than the promise of American technology.

A major shift has taken place of late, and purveyors and patrons alike are shifting from the de rigueur drinks of the past—large-volume production spirits with name-brand value—to smaller, more artisanal products. This noticeable move has allowed for a marked increase in American distillation; small brands are developing and expanding across the country. A revived interest in classic cocktailing, paired with a new consciousness relative to large vs. small production has made craft distillation the new hot ticket item of the 2014 liquor list.

Ultimately, this may be a global movement, with more people committed to the idea of drinking (and eating) products that are made in a sustainable or artisanal fashion. Mass-market consumption is passé, as this new demand clearly demonstrates. In a time when people can choose the farmer’s market over their grocery store for the freshest tomatoes that were picked this morning rather than last week, it makes sense to see consumers opting for higher standards in their spirits, for accountability in production and product. Yes, it’s true, the tech bubble has burst, but the spirits bubble appears to be ever expanding.