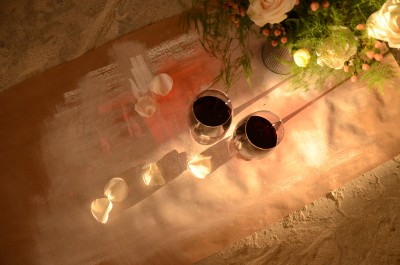 French Reds & Whites You Should Be Drinking

Bordeaux is home to French reds and whites that achieved legendary status. According to French wine law, there are five grape varietals permitted in the French red known simply as “Bordeaux”: Cabernet Sauvignon, Merlot, Cabernet Franc, and—to a lesser extent—Petit Verdot and Malbec. For white Bordeaux, only three varietals are permitted: Sauvignon Blanc, Sémillion, and Muscadelle. The exact percentages of each grape used in any given wine will change from vintage to vintage at the winemaker’s discretion. Furthermore, the temperamental climate of Bordeaux necessitates such flexibility: For example, what may prove to be excellent conditions for Cabernet Sauvignon can sometimes wreak havoc on Merlot (and vice versa).

For tips on great French reds and whites, look no further than these recommendations from sales associate Erik Guzinski and head wine buyer Lorena Ascencios.

Ch. Beausejour “Pentimento,” Montagne St.-Émilion – 2010
I love Merlot—especially in its French red form. Preconceptions aside, this is a fruit-driven varietal that is at its best when grown in minerally soils and cooler climates. Enter one of my favorite appellations on the Right Bank: St.-Émilion. The region is known for powerful, elegant French reds—and the Pentimento is no exception. Juicy black fruit, currants, and an earthy backbone are in full effect. I love it for the price and the fact that it already has a few years on it. Put it away for a few more years or open it tonight with steak frites. Just give this French red a good decanting beforehand. -EG

Ch. de Brague Blanc, Bordeaux Supérieur – 2014
A delicious Bordeaux Blanc made with old vine Sémillion. It has a silky texture and is rich with peach flavors and white flower aromas. A great find from a producer known for their fantastic French red and white values. -LA

Peybonhomme-les-Tours Rouge, Cru Bourgeois, Ch. Peybonhomme – 2012
A casually complex French red that’s spicy and mineral-driven. This Merlot-based Bordeaux is made by an artisanal producer that specializes in low-yield French reds and whites. -LA

Ch. d’Armailhac, Pauillac – 2012
This is a classic Pauillac with aromas of tobacco and spice. Definitely for the French red connoisseur. -LA