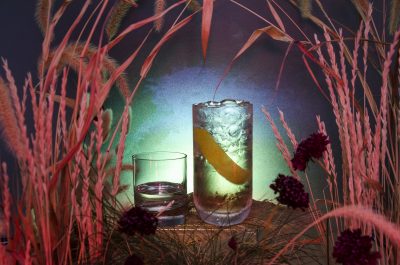 Our head spirits buyer Nima Ansari has been sourcing spirits from Japan for over 9 years. Here are some that he’s particularly excited about—from new wave whisky to yuzu gin.

When this whisky was first released it immediately expanded the definition of what Japanese whisky could, and perhaps should, be. The category has continued to evolve rapidly, but several years later Kikori remains one of the most accessible and versatile mainstays available.

With strict allocations still in place for the foreseeable future and prices that continue to skyrocket, Hibiki Harmony comes to the rescue when you can’t find the other rarities In Suntory’s catalog and moreover, this whisky perhaps defines what this formidable distiller does best. OR Many rarities in Suntory’s catalog will be strictly allocated for the foreseeable future and their prices just continue to skyrocket. Enter Hibiki “Harmony” to the rescue. This whiskey defines what Suntory does best.

This is perhaps one of the most complete Japanese whiskies to have come our way, and yet it’s still flying under the radar (even in whisky circles). The barley for this single malt was peated with extremely rare Hokkaido peat. The spirit itself was aged in ex-rum casks that previously held rum made in the subtropical part of the country. One of the finest entrants into the Japanese whisky category in the past few years.

Thanks to the fervor over limited releases from the likes of Suntory, Nikka and Chichibu, a small slew of excellent new wave Japanese whiskies have recently snuck in almost unnoticed. This one should not escape your attention for another minute.

Distilled by one of the historic independent family distillers of Japan, this expression delivers a higher malt content and triple maturation. That combination makes it perhaps the best bang for your buck on the market, both for sipping and mixing.

The intensity of the Japanese yuzu citrus in this gin is unlike anything we’ve ever tasted. But the genius of this spirit may be the sweet potato spirit base—it provides a brilliant if unexpected extra dimension of complexity to this amazing gin.

Few spirits can speak of a specific time and place, terroir and provenance as well as gin. The Japanese reverence for the changing seasons translates into a capacity to translate local fruits and botanicals into hyper-expressive gins that highlight their ingredients

Teeda’s rum is yet another reminder that the world of Japanese spirits stretches well beyond whisky. Made with local, indigenous sugarcane varieties and aged at length in the humid, subtropical climate of southern Japan, this rum delivers the same level of complexity and finesse that has come to be expected of the country’s other coveted spirits.

Perhaps representing the most traditional and diverse of all Japanese spirits, shochus are meant to be intensely flavorful but simultaneously versatile and very easy to drink. A perfect accompaniment to a huge variety of meals on its own or mixed in cocktails, this special expression was made entirely from local sweet potatoes.