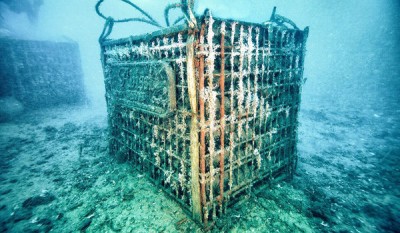 If you stop by Astor Wines & Spirits for a bottle of Spumante “Abissi”, Bisson, you might just notice a crustacean attached to the side of the bottle. Why? Because this unique sparkler was aged under the sea.

When Piero Lugano decided that he wanted to make bottle-fermented sparkling wine, he realized his one set-back was a lack of space. That’s when he had the idea to put this wine under the sea. While this may seem like a crazy idea to some, as the New York Times reports: “Mr. Lugano makes an interesting argument:  ‘It’s better than even the best underground cellar, especially for sparkling wine. The temperature is perfect, there’s no light, the water prevents even the slightest bit of air from getting in, and the constant counterpressure keeps the bubbles bubbly. Moreover, the underwater currents act like a crib, gently rocking the bottles and keeping the lees moving through the wine.’ (The lees refer to yeast particles).” 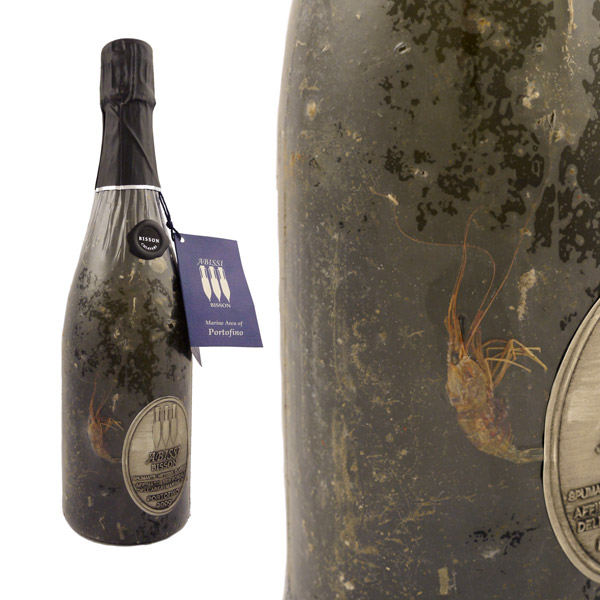 With aromas of caramelized lemon peel and dried flower petals and hints of baked apple and allspice, the unique fermentation process is not the only reason to get your hands a bottle. There’s only one catch – there are a limited number of bottles available and we have only a few here at Astor Wines & Spirits. If you’re interested in purchasing a bottle, stop by the store or give our sales desk a call to see if you can snag one.

You can read more about Piero Lugano and the story behind Spumante “Abissi”, Bisson in the New York Times.