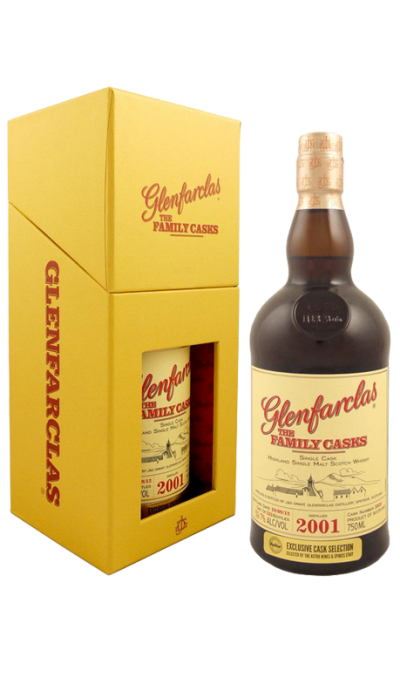 I’m going to try not to sound like a salesperson here, but I have honestly never tried a bad whisky from Glenfarclas. So you can imagine the difficulty we had selecting one cask out of ten samples. A panel of five Astor employees and three MSc Brewing and Distilling students in Scotland all tried the samples. Incredibly, in this selection of great cask samples, seven out of eight chose this one. I wouldn’t consider the opinion of the lone taster who didn’t choose that cask, because he also brings vodka to whisky parties. Cute kid…

Glenfarclas was founded in 1836 and has been family owned and operated since 1865. They get their water from Benrinnes, have six pot stills, and produce 3,000,000 liters annually. Glenfarclas is set in the Speyside region with over 50 other distilleries, but it most certainly isn’t lost in the dense cluster of other producers. In fact, Glenfarclas stands out for several reasons. Contrary to the dry distiller’s yeast that most distilleries use for ease of storage, Glenfarclas uses liquid yeast that is propagated on site. Using liquid yeast can be a risky operation, but when it is used correctly, the resulting wash can have higher concentrations of fruity ester compounds that will enhance the final product. Also, they use direct fire heating for their pot stills during distillation. Most distilleries use stills that heat the wash from the interior. Direct-heat distillation has a tremendous effect on the spirit quality. Since the distribution of heat is more concentrated, the resulting spirit will have a distinct caramel note. In aged whisky, the caramel note comes from maturation in American oak casks, but Glenfarclas only stores their whisky in European oak casks. The resulting flavor profile is not only immense, but also very unique for its complexity. The storage of all their whisky in European oak casks can be an expensive investment. Thankfully, this doesn’t affect the prices. In fact, Glenfarclas is very reasonably priced considering the extra time, effort, and money that are invested in their production process. They have the most affordable 40-year-old on the market. In the UK, the maximum amount you are allowed to take out of an ATM each day is 300 pounds –whence the price point. The goal was to afford the customer the ability to purchase the item off the credit card grid, just in case you have a partner that doesn’t approve of how much you’re spending on whisky.

This single cask was a great opportunity to taste a wide range of flavor profiles from Glenfarclas. The selected cask had all the elements described in their production process. The dense fruit and wine notes come from the increased ester formation during fermentation with liquid yeast. The caramel note comes from direct heat distillation. Any dried-fruit and nut flavors will come from exclusive maturation in European oak casks that previously held sherry. All for the glorious price of “affordable,” considering all the factors that go into such a unique whisky. You could pay double for half the whisky with other brands.

For more information on the origins of flavor in Scotch whisky, come to my class. 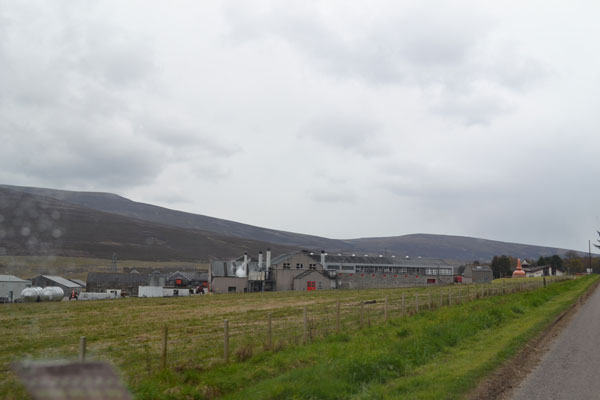 Glenfarclas Distillery in the distance 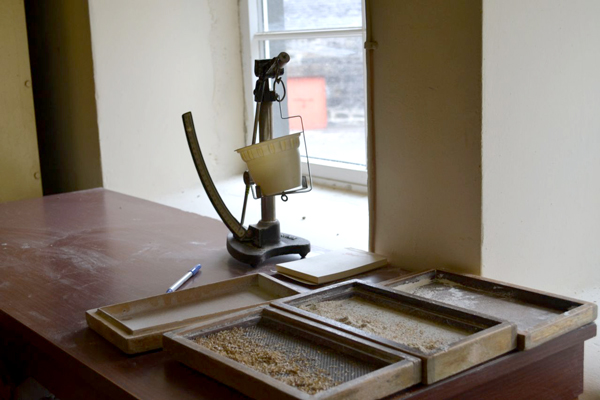 After milling, the grist is analyzed using a sieve 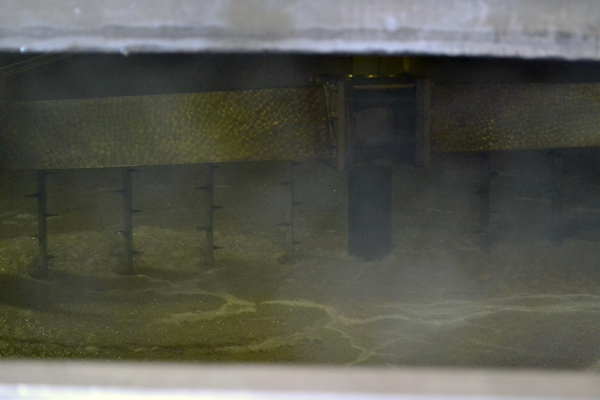 Inside the mash tun. The rake continuously circles to ensure consistent conversion of starches to fermentable sugars 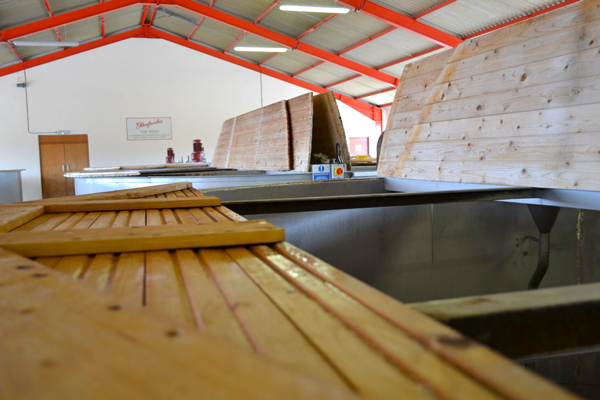 View of the washbacks 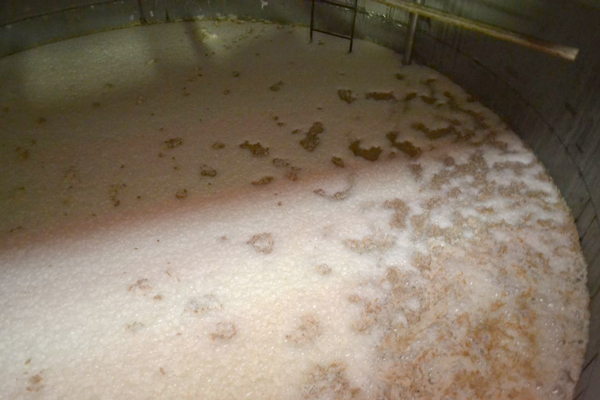 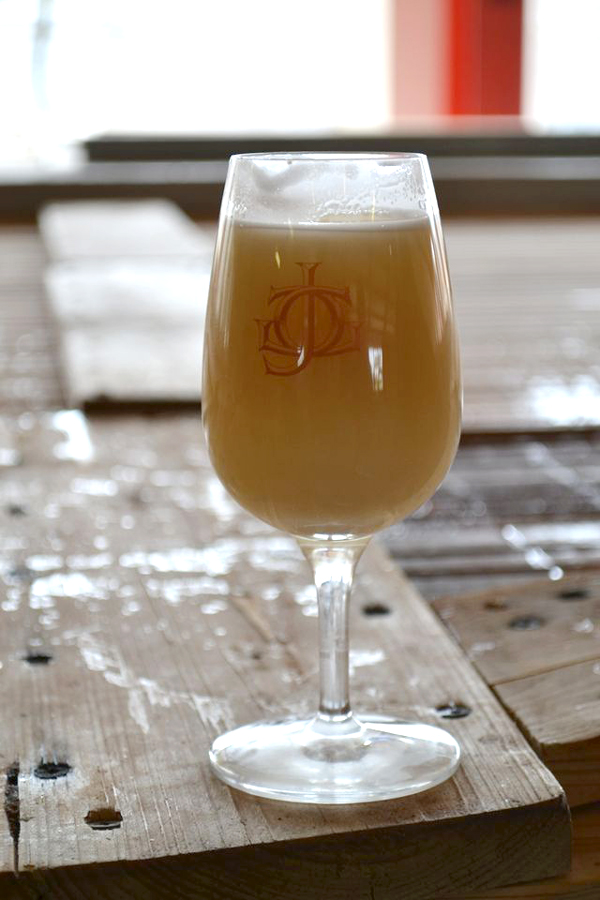 A Sample of wash for sensory analysis 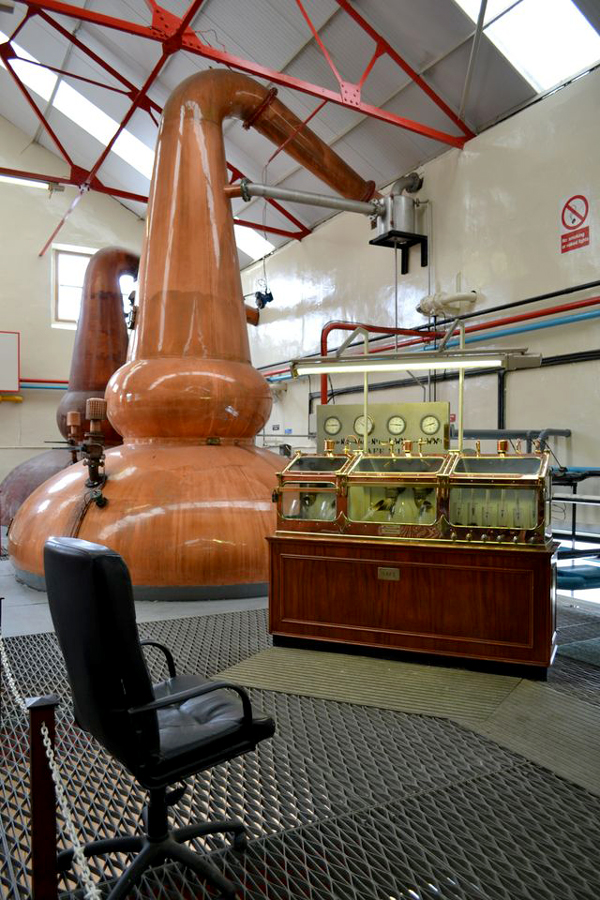 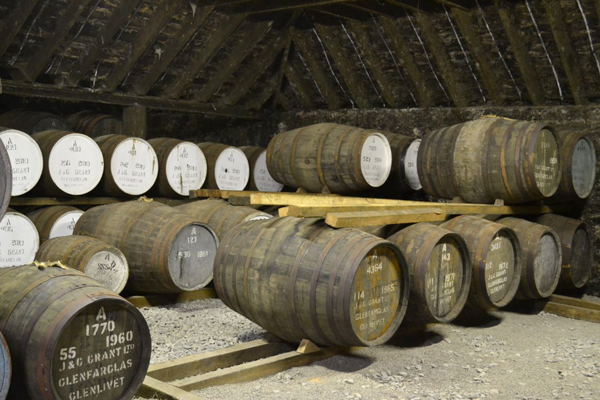 Maturing whisky in the warehouse