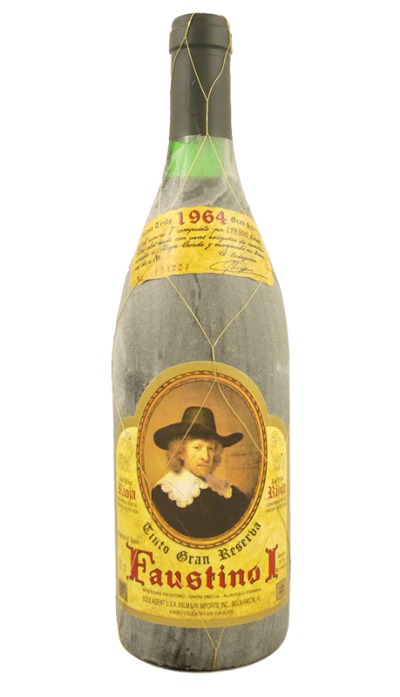 The wine professional, whether writer, sommelier, retail buyer, or salesperson, is always a champion of the unsung. Sometimes a category or region is hovering just below the radar and just needs a gentle nudge in the right direction to become a “thing.” Sometimes, it’s a more quixotic endeavor (my life’s work will be complete when everyone everywhere drinks German Riesling every day), and sometimes something can take off in ways that seem totally counterintuitive and could never have been predicted (Sherry, anyone?). In any event, it’s part of the job not only to keep on top of trends, but also to play a role in creating them. It’s one of the most thrilling parts of working in the business.

It’s easy to take a risk on that $20 bottle of skin-contact Pinot Grigio, and, for the true wine-lover, the potential payoff is enormous. But who wants to risk $200 on a bottle they’re not sure they will like, or lay down a wine to drink in ten years’ time only to find, in 2024, that it wasn’t at all what they wanted to drink? The lover of high-end fine wines—traditionally a risk- and trend-averse creature—has since time immemorial focused his attention on Burgundy and Bordeaux. It’s true that wines from other regions can have moments in the sun (as Rheingau Riesling did in the late 19th century), or stroll along in a comfortable second-tier status (like Barolo, or the incomparable, immortal sweet wines of the Loire). It’s Burgundy and Bordeaux, though, which essentially set the paradigm for fine and rare wines. Prices and scarcity of these wines (especially Burgundy) may be approaching crisis levels; meanwhile, there is a lot of great, terroir-driven, age-worthy wine out there. It falls to wine nerds like me to make the case for admitting new categories to the club of Serious Wines That Deserve Attention. Today, I will make the case for a category I think really “arrived” a long time ago: traditional Rioja.

The properties are big. Their vineyards are big. And that’s a good thing.
Rioja wines are grown on gently sloping hillsides just south of the Cantabrian Mountains in north-central Spain. Viticultural activity has been taking place here since late antiquity, but what we know as Rioja began when phylloxera devastated the vineyards of Bordeaux, and merchants, looking to supply impatient and thirsty clients, began to look to nearby regions for their juice. In the beginning of Rioja’s modern era, the region was something of a backwater. The first railroad stations in Haro and Logroño had just made it possible to commercialize the wines, and land was cheap. This meant that growers were able to buy large swaths of contiguous and geologically unified vineyard land. López de Heredia’s iconic Viña Tondonia wines come from a single vineyard bearing that name, but that vineyard alone spans 100 hectares. That’s a lot of wine from a single terroir, without any compromise in quality or dilution of character.

Rioja offers a glimpse into history.
Volumes could be written about what precisely is meant by the word “traditional”—how it contrasts with “modern” and to what extent the terms are mutually exclusive. In general, the most straightforward criterion for differentiating traditional from modern Rioja wine is that the traditional wines are aged in American oak. Muga, however, one of the ancient bodegas generally counted among the traditionalists, uses both American and French oak, reasoning that the French oak is the practice of greater antiquity, and American oak is a later introduction. I don’t find this line of reasoning particularly convincing, but the wines themselves are very, very good. The main thing to remember is that the ancient, 19th century bodegas in Rioja have been making wine essentially the same way for a century or more. Traditional Rioja generally means Tempranillo-based reds and Viura-based whites with good acidity and moderate alcohol. The reds are typified more by red than black fruit, and aged for an extended period in well-seasoned small barrels of American oak. Subtle and restrained, with delicate wood tannins, these wines have stood—and will continue to stand—the test of time. The whites, at their best, show a fascinating juxtaposition of laser-keen acidity and minerality, with sumptuous oxidative richness, and can age as long as the reds.

You can buy Rioja with age.
Age is everything in Rioja. Burgundy’s qualitative hierarchy is based on the quality and distinction of its vineyards. Bordeaux’s hinges on the reputation of the individual producers. German wines are classified based on the ripeness level of the grapes from which they are made. But the most fundamental part of a Rioja wine’s identity is age. The Consejo Regulador (Rioja’s governing body) sets out minimum aging requirements for each age classification: Crianza, Reserva, and Gran Reserva. But traditional producers tend to view these requirements as merely regulating each category, not defining it. So while López de Heredia’s Viña Cubillo is aged an impressive three years in cask and another three in bottle and could, in owner María José’s words, “be sold as a Gran Reserva tomorrow,” because of its fresh, juicy style, it is labeled as a humble Crianza, with the loftier classifications reserved for wines aged even longer before release. The Gran Reserva wines, for example, are aged eight years in cask and at least another eight in bottle, with library-released wines stretching back decades. We carry bottles of Viña Tondonia, as well as a Faustino Gran Reserva from the legendary 1964 vintage. When was the last time you saw a 50-year-old Burgundy on a retail shelf?

It is totally delicious.
There is a lot that is not typically Spanish about these wines. Most of Spain has either the Mediterranean climate we associate with the country’s ripe, powerful red wines, or the cool, rainy maritime climate of the Atlantic coast (a region bearing an uncanny resemblance to the western Loire valley). La Rioja inhabits a strip of territory with a true continental climate, and the wines, at their best, can evoke Burgundy, with all that region’s characteristic balance and poise. The wines of the original 19th century bodegas were modeled after Bordeaux, but it was the Bordeaux of yesteryear: chiseled, elegant, and restrained, with high-toned aromatics and a kiss of wood tannins. Fruit character ranges from blackberry and black raspberry to cranberry and pomegranate, and the younger wines often have a veil of oak-derived aromas like vanilla, coconut, and dill. These tend to integrate as the wine ages. Oak-derived notes are very present on a wine like the 2002 López de Heredia Viña Tondonia Reserva, in a charming sort of way, while my first sniff of a glass of 1995 CVNE Imperial Gran Reserva was full of hazelnuts and toffee. Blindfolded, I might have thought I was smelling an aged white wine, while the palate was all forest-floor, leather, and blackberry liqueur, and this wine still had decades ahead of it!

I hope by this point to have convinced you that an aged Rioja wine from a top producer is one of the most delicious things you can put in your mouth, but you might ask, what am I going to eat with it? These are definitely not wines to drink with calamares fritos, or rabbit paella. My first instinct, when devising pairings, is always to think regionally, but keep in mind that the hearty, inland Rioja cuisine is a meat-and-potatoes affair, relying heavily on fresh and cured pork products, peppers, and tomatoes. Cassoulet-like stews of beans and pork are common. The light, young Crianza wines (Riojanos keep these on ice, like Beaujolais) are an excellent complement to small plates, be they traditional Spanish tapas, or something more out of the ordinary. While “what grows together goes together,” think of this more as a jumping-off point than as a rule. Try an aged white (Viña Tondonia Blanco Reserva 1996) with New England clam chowder, or a red Crianza (Bodega Hermanos Peciña Crianza 2007) with snails on toast points with tapenade, or a Reserva (La Rioja Alta, Viña Ardanza Reserva 2004) with grilled, bourbon-glazed pork chops. And by all means, tell me how it went!