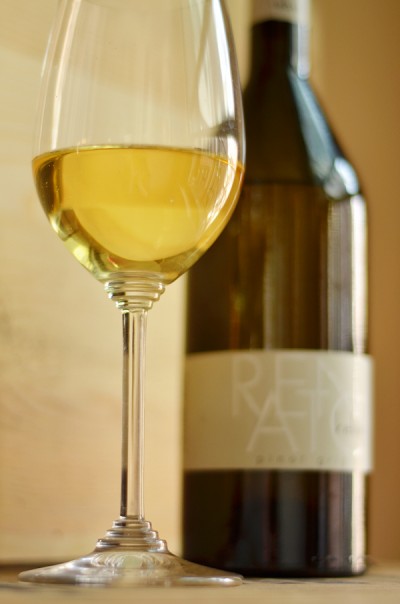 Keber’s estate is located in the town of Collio, within the larger region of Friuli in northern Italy, near the Slovenian border. The Keber estate has produced wines since the early 1900s, but in the late 1970s, Keber and his father enlarged the cellar and then, in 1987, began bottling their own wines and lowering their vineyard yields. The result was higher quality wines that exceeded expectations.

Renato Keber was one of the earlier winemakers to practice the techniques of orange winemaking, but his wines—which are deep gold in color, as opposed to the fully orange wines that some winemakers produce—are controlled. Gravner, Radikon, and La Castellada are known for their dark orange, oxidative expressions, and typically, when we talk about orange wine, we talk about oxidation, but Keber’s wines are cleaner and brighter, with the alcohol kept in check. They are neither extracted nor extreme, though they do have a certain voluptuousness to them. And this is part of what drew me to them in the first place; these wines, though outside the box in terms of the traditional white wines from northern Italy, are still entirely approachable. I don’t feel like I’m taking much of a risk by suggesting that people drink them, since these wines can appeal to most palates. (As a side note, for those interested in pursuing Keber’s wines, he also makes a single cuvée, which is a more extreme expression, but I opted not to bring it in, because it didn’t seem like as viable an option for Astor.)

It is worth mentioning, too, that Keber farms organically and ferments with wild yeast. He macerates his grapes with their skins for color and structure, but not for days and days like some of the more extreme producers of the region. He avoids filtering and does not fine. All of these efforts make for much more complex wines, and this complexity can be detected on the palate. His cellar is home to older vintages, a fact well-known amongst the collectors of Italy and, in fact, around the world. Keber doesn’t have an entry-level, so these wines are not inexpensive, but, then again, they are not simple wines.

I compare the rich, ripe fruit profile in Keber’s 2010 Pinot Grigio and his 2010 Bianco Beli Grici—a blend, this year, of Pinot Bianco, Friulano, and Ribolla Gialla, due to hail that ruined a Pinot Bianco yield—to the fuller white wines of southern Burgundy. Keber’s wines are definitely for cool climate Chardonnay-drinkers, and over-perform when consumed with a meal, rather than when served as an apéritif. Best served at cellar temperature (and not over-chilled), these wines can hold up to a lot more than simple white fish. Pork, roasts, heavier fish, and butter and cream sauces are all outstanding pairings.

Consider this an opportunity to acquaint yourself with the orange wine movement, while not moving too far into the realm of radical winemaking. The wines of Renato Keber might be one-of-a-kind, but they’re also relatable. I think that’s why they’re a fine choice for just about anyone.