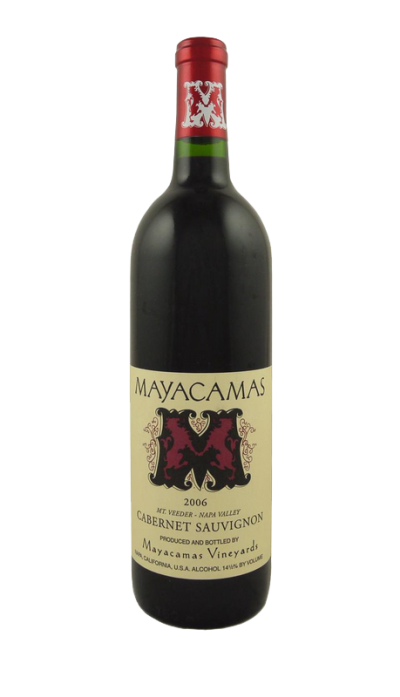 The sale of a famous wine property doesn’t usually generate much of an impassioned reaction from wine lovers. It’s a common occurrence in today’s Napa Valley, where vineyard prices seem to be going up without limit, and where tycoons seeking a change of pace are eagerly acquiring some of the sexiest real estate, while making a little wine along the way. At first glance, the sale of the historic Mayacamas Vineyards, by longtime owner Bob Travers, might just be another one of those common, forgettable stories. But, as it would happen, this sale sent shockwaves through the world of artisanal and domestic wine. The buyer, you see, is none other than Charles Banks, the former owner of the famous Screaming Eagle winery, and, despite his and winemaker Andy Erikson’s (also of Screaming Eagle fame) protestations that everything will change but nothing will change, lovers of Mayacamas’ distinctive high-altitude Cabernet Sauvignons and Chardonnays are already mourning the loss of their beloved wines.

It’s a surprising, incongruous match, for sure; to grasp fully the importance of this regime change, it’s important to understand that both Mayacamas and the new owner-winemaker team are seen to represent something larger than themselves. Oakville’s Screaming Eagle is the flagship example of a dense, extracted style of Napa Cabernet that exacts increasingly laudatory press from wine critics and correspondingly lofty prices on the winery mailing lists (a time-honored way of selling boutique California wines), and even more exorbitant prices at auction or retail outlets (that is, if you can find them). The wines are rich, supple, and dense, but their detractors claim that they are overly-mannered, lack a sense of place, and are just plain hard to drink. It isn’t difficult to see why hardcore Mayacamas fans are incredulous: the wines they fell in love with could hardly be more different. The vineyards of Mayacamas are perched near the rim of an extinct volcano, at 1800 to 2400 feet above sea level. Thin soils of mixed volcanic and sedimentary origin suppress excessive vigor and keep yields low. The vines are not obscenely old (most of the Cabernet Sauvignon was planted in the 1960s, 1970s, and 1980s), but the small, richly-flavored mountain fruit begets wines with stunning aromatic concentration and depth, as well as airy textural delicacy. Never in a million years would I mistake these for rich, chewy Bordeaux (nor, for that matter, for typical valley-floor Napa Cabernet). The 1889 winery building is a glimpse into another era of California winemaking; built before there was a thought of bringing electricity to the mountain, it is a gravity-flow design, enabling the wine to be handled in the most gentle manner possible. This is high-altitude Napa Cab at its finest. The Cabernet is aged for two years in unique large casks of American oak, followed by a further year in French barriques. We tasted the current vintage alongside a few library releases to form an impression of the complexity and aging potential of these wines:

Mayacamas Cabernet Sauvignon, Mt. Veeder (Napa) 2007:
The initial impact is dominated by slick clay, with a little capsicum and faint blackberry and Christmas spice. Has a mineral (as opposed to vegetative) freshness that is hard to describe. Clay-derived notes become darker and funkier with more air. Overall, this has great lift and is free of hard, rough tannins. Vivacious and, to my mind, surprisingly Loire-esque.

Mayacamas Cabernet Sauvignon, Napa Valley 1995:
Fun, earthy, and animal–classic old Cab with intense turmeric, saffron, and pimentón. The palate is lively, with black-cherry treble notes that are much more sweet than savory. High-toned and very complex.

Mayacamas Cabernet Sauvignon, Napa Valley 1986:
Exotic bouquet of saffron and laurel, transitioning to ume plum and black licorice on the palate. Quite savory and tertiary. Texturally, quite lively, but the fruit itself is rather faded and smeared (altogether expected for a 28-year-old Napa Cab). Overall, still quite structured in a pleasing sort of way. Not tired at all.

As we can see, a far cry from the dense, “heroic” fruit and thoroughly technological winemaking of Screaming Eagle. Mayacamas Cabernet Sauvignon typically goes for around $75 a bottle at release; mailing-list allocations of Screaming Eagle cost ten times that amount. Why would the new owner-winemaker team be interested in making a style of wine so vastly different (and less lucrative) from what they had built their reputation on?

It’s hard to say, but it sure does seem that Banks and Erikson are committed both to preserving the historic style of these wines and also to bringing the estate into the 21st Century. The purchase is bringing with it a significant capital investment, enabling the estate to do things like grub up and replant decrepit head-trained Cabernet vines (the new vines will be trellised, in typical Napa fashion). They have engaged Phil Coturri, a specialist in organic viticulture, to manage the estate’s vineyards (Travers did not farm organically), and are replacing and refurbishing equipment that had been kept in service far too long. The end goal here is to produce a wine that is finer, cleaner, and even more transparent than what fans have come to expect over the past 45 years.

The dark side of this is that even this well-intentioned overhaul runs the risk of destroying what makes these wines special. The whole operation might be like an old, well-loved car that looks like it should have fallen apart and been taken to the junkyard years ago, but still works like a charm. When said car is painstakingly disassembled, or lovingly cleaned and repaired, it’s never really going to be the same car again. Even something as seemingly minor and innocent as blasting all the moldy black crud off the cellar walls may upset a delicate balance. What’s truly troubling is that many of the changes coming for the estate are anything but minor. For example, the current plantings of Cabernet Sauvignon yield about half a ton per acre, but the new vines will be managed with a target of three and a half tons per acre (still extremely low by Napa standards, even for dry-farmed vines). Erikson is preserving the winery’s old concrete fermentation vats, but is also repurposing some old large casks as fermentation vessels, meaning that some of the wine will ferment in wood for the first time. The exact positives and negatives have yet to become clear, but make no mistake: these are certainly not superficial changes.

It occurs to me that someone on the team at Mayacamas must be having this discussion at this very moment. One of the reasons I enjoy talking to American winemakers is that they are comfortable intellectualizing their winemaking practices in a way that their European counterparts are not, mostly because they have to. The best and most conscientious of them don’t necessarily see themselves as having a tradition to draw on, so, to a certain extent, every decision has to be taken from first principles; new terroir doesn’t come with its own answer book, and transplanting one wholesale from a faraway land is, at best, non-ideal. A couple of years ago I attended a lecture by the great Nicolas Joly, a winegrower in Savennières and global ambassador for biodynamic viticulture. A colleague of mine later expressed disappointment that Joly had seemed reluctant to talk about the techniques employed in his cellar, but from Joly’s perspective, nothing particularly interesting goes on there, anyway. The whole process has grown up over the centuries and has become so streamlined that it almost looks as if the winemaker is doing nothing at all.

American winemaking, by contrast, seems positively technique-driven (I hesitate to use the phrase technology-driven), and I think that part of the reason for this is that the primary obstacle in Californian viticulture, from the perspective of a Eurocentric wine drinker, is not the lack of terroir–there is absolutely no shortage of fascinating terroir in California– but how to make balanced, drinkable wines without obscuring it. A natural alcohol level of 16% (and the sheer amount of extract that tends to go with it) is going to be very hard for most wine drinkers to swallow, but the alternatives (adding water and citric acid, reverse osmosis, etc.) commonly used to bring the wines into balance tend to distort conventionally-made wines and rob them of their sense of place. On the other hand, I’ve lost count of the number of times I’ve heard my fellow Europhiles praise a California (or other New World) wine by marveling at how closely it could be mistaken for an Old World wine that it supposedly took as a model: Meursault, say, in the case of a Russian River Chardonnay, or red Graves, in the case of a typical Napa Cabernet.

The presumption seems to be that the best a wine from a non-traditional grape-growing region can aspire to be more or less a pale shadow of the classic European expression of that grape variety, but to me it seems logical to presume that inasmuch as wine’s authenticity is a matter of it expressing a sense of place, wines from strikingly different places should taste, well, strikingly different! High-altitude Napa growers like Mayacamas combine an Old World sense of “less is more,” and some of the New World’s most distinctive terroirs show that one can make balanced, transparent wines that speak of their origin, and do not simply ape the beloved classics of Europe.