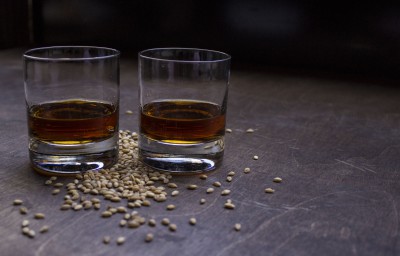 Scotch Whisky to be Enjoyed Year Round

Scotch whisky is a beverage for all seasons—yes, even summer. The light-bodied Scotch whiskies of the Lowlands are grassy and fresh while Speyside produces fruitier versions. And even the strong peaty smokiness of Islay Scotch whisky makes an excellent addition to such summer cocktails as the Penicillin or the Blood and Sand. To help suss out the best of the best in Scotch whisky, we turned to sales associates Sam Davies, Marcarthur Baralla, and Josh Mizrahi, as well as sales manager Sarah Sparks and assistant spirits buyer Cristina Nichols.

Aultmore 12yr Single Malt Scotch Whisky
Aultmore released its own single malt Scotch whisky last year and since then I’ve turned into a giddy schoolgirl whenever someone breaks out one of their bottles. Their 12 year is like a smoky vanilla bean ice cream. Need I say more? -SD

Caol Ila 12 Yr. Scotch
You don’t need to break your piggy bank to buy a quality Scotch whisky. The Coal Ila 12yr is a delicate, well-balanced Scotch with a charming note of olive oil and a persistent smoky finish. -MB

Tomatin 12yr Single Malt Scotch
If you care more about taste, flavor, and history than big brands and advertising, Tomatin 12yr is the single smalt Scotch whisky for you. Tomatin is one of the oldest distilleries in the northern Highlands. Rich and smooth with depth, this is a single malt scotch that’s easy to love and easy on the pocketbook. -JM

Usquaebach 15 Yr. Scotch
This under-the-radar blended malt is one that any serious Scotch whisky drinker should know about. Coming from mainly Highlands distilleries, the fifteen different components of the blend are all at least 15 years old. Malty, fruity, and given hefty weight from some peated runs, this is a bottle to convert even the most staunch single malt sippers. -SS

Bruichladdich Octomore 7.4 Virgin Oak
I was already a fan of previous versions of Octomore due to its remarkable ability to be the most heavily peated Scotch whisky while maintaining balance and grace. This latest rendition lives up to that feat and surpasses by conjuring a pristine forest post-rainfall through fresh woodsy, oaky notes that intermingle with nougat, toffee, and caramel chews. It’s well worth the price. -CN

Bowmore Small Batch Single Malt Scotch
A single malt Scotch whisky from one of the oldest and most respected producers in Scotland at a price like this is an incredible steal. After multi-grain bread, hay, and tobacco notes waft up it dances across the palate lightly and finishes with a signature Islay wood-fire peat. It will be perfect to sip alone or for use in airy summer Scotch whisky cocktails.

Glenmorangie Tusail Single Malt Scotch
This is all candy and sweets and sugar plum fairies. Rock candy, banana cream pie, and dates invite you in and the palate offers a weight and depth of mahogany wood character with some chocolate on the finish. I want to sip on this with a cheese platter as a wind down! This is one of Glenmorangie’s private edition releases and sets itself apart with its use of 100% Maris Otter barley. -CN