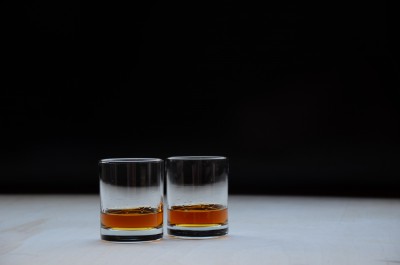 There’s way more to American whiskey than bourbon and rye. We’re witnessing a true flowering of the spirit these days. The old standbys are getting a boost, while new styles are cropping up (American single malt, anyone?). Join us on an exploration of the new American whiskey trail. Sales associate Marcarthur Baralla and spirits buyer Nima Ansari-Bahmani are starting you off with these suggestions.

This 100% New York corn whiskey is aged in small barrels to speed maturation. Strong corn and oak scents on the nose followed by caramel on the palate and vanilla on the finish. – Marcarthur Baralla

American whiskey means so much more than just bourbon and rye these days. We’re at the beginning of a whisky renaissance. New, exciting categories like American single malt have emerged.  Made on the North Fork of Long Island, Pine Barrens has been producing a pioneering version of it for years that has only gotten better over time. – Nima Ansari-Bahmani

Rye is more popular than it’s been in generations and many of the small artisanal producers from across the country are leading the revival.  Coppersea makes an extremely rare single malt version that blows us away.  This is the next great American whiskey. – Nima Ansari-Bahmani

There is more to choose from than ever in the bourbon category, but bottles like this one should always be on hand.  Made at Buffalo Trace with the same mashbill and on the same stills as some of the greatest whiskies on the planet, this is a reminder that bourbon is supposed to be reliable and affordable. – Nima Ansari-Bahmani

Made by one of Kentucky’s longest tenured and most admired distillers, Jimmy Russell, who took over as Master Distiller at Wild Turkey in 1954, and was later joined by his son, Eddie, in the early 1980s.  Together, they are still the only two people that hand pick each barrel that gets blended for this special blend.  Always one of the best premium bourbons offered at a very accessible price. – Nima Ansari-Bahmani