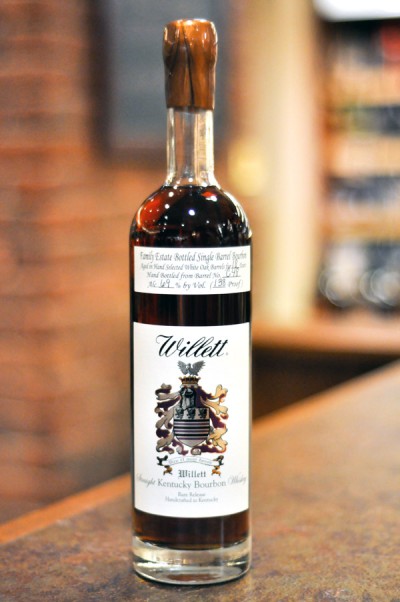 Finding special reserves of very old Bourbon is like finding the Holy Grail of American spirits – or any category of spirits, for that matter. Just ask anyone who has been searching for any bottle of Pappy Van Winkle for the past decade or so. The truth is that Bourbon is really meant to be an extremely accessible and likable drink. It also happens to be incredibly consistent. Now, part of that may be because most of the stuff is distilled at only a handful of places, but it is mainly because Bourbon is a highly regulated category and  the majority of production is made and aged in the same way, most of it in Kentucky, where maturation typically occurs very rapidly because of the climate there. The seriously hot weather, spiked with extremes of cold, has a dramatic affect on whiskey. This is coupled with the fact that, by law, all of the new spirit must go into new, charred American oak barrels, which significantly speeds up the rate at which these whiskies take on flavor and color. With all of these factors piling up against the person who may want to age their stuff a little bit longer, it’s no wonder you don’t see a lot of old Bourbon. Even if you decided to keep a small reserve aside for good folks like you and me to enjoy later on, it would take an incredible amount of attention to make sure the whiskey was aging correctly and retaining its balance. Phew! With all that said, this Willett 18 Yr. cask strength single barrel Bourbon is rare, rare, rare! It is also one of the finest whiskies we have to offer.

As far as the whiskey itself goes, it’s got just about everything you could be looking for in a Bourbon, from well-seasoned autumnal forest-floor notes to mature oak spices, sweet caramel, vanilla, fresh potpourri, and preserved orchard fruits. This bottle proves the saying, “A little bit goes a long way.”