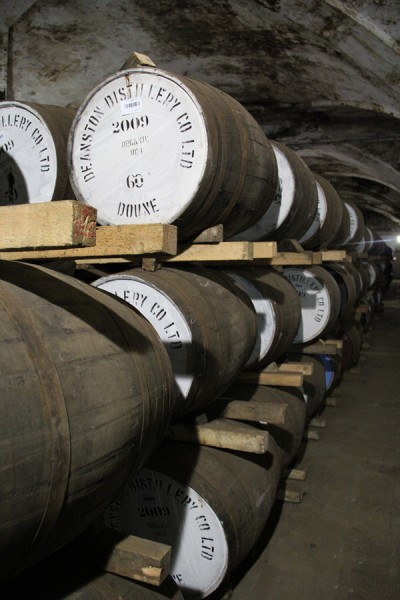 Pagoda roofs have become a trademark symbol of distilleries, even though most distilleries don’t utilize them. They were designed to improve the flow of smoke out of buildings in which peat fires were drying malt and imparting the smoky flavor many drinkers love about Scotch. Even new-build distilleries are being designed with pagoda roofs, as if to raise a distillery locator flag. I’m not against it, because there is a rich history behind their architecture. 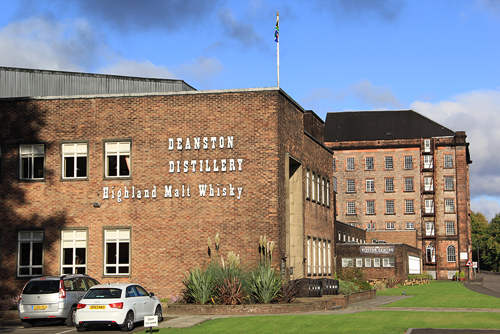 For Deanston distillery, their history isn’t with malt distilling, so there’s not a pagoda roof in sight. Historically, the site was used as a cotton mill. For many years, the mill provided local jobs, education opportunities for children, and even at one point printed its own currency. Sadly, cotton milling in Scotland was not sustainable because other countries could offer the same at much cheaper costs. When the mill closed, the locals soon realized that the location was ideal for distilling. Sitting on the banks of River Teith, less than 10 miles from historic Stirling, at the entry point for Loch Lomond and the Trossachs National Park, the distillery site was perfect. They had access to an abundance of fast-flowing fresh water that could be used for both production and energy creation, roads to easily access raw materials, and a building that could fit large-scale distillation equipment with no problem. So, in 1966, the facility was opened for malt whisky distillation.

There are many ways in which Deanston whisky is unique. First of all, the four large water wheels that were used to power the mill were replaced with hydro turbines that now provide all the power the site requires. In fact, the internal power plant is so efficient that there is a surplus of electricity, which is sold to the national grid. 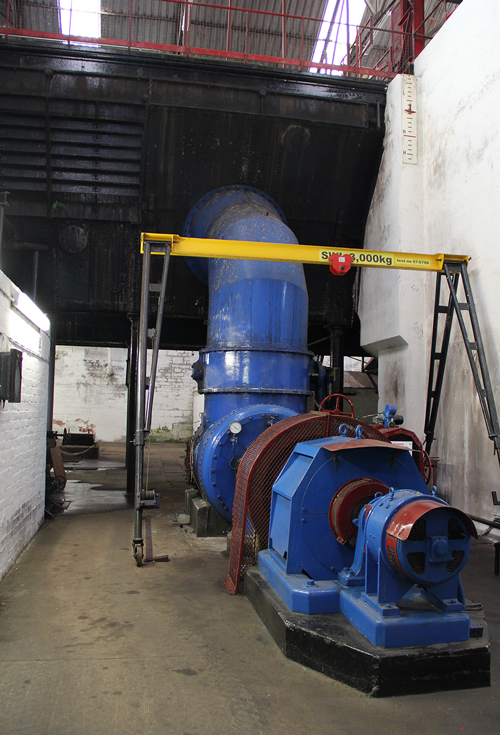 The whisky itself is superb. Deanston uses only Scottish barley for production, unlike many other distilleries that have been forced to outsource grain from England, France, and various other European countries. This was one of the first distilleries to receive organic certification for the limited production of an organic whisky that should hit the market shortly. The 10-ton open-top mash tun is the biggest of its kind in Scotland. Only liquid yeast is used in their incredibly long fermentation (100+ hours) to produce large quantities of esters that create fruity notes which are compounded in their two beautiful spirits stills with large bulbs and nearly horizontal lyne arms to encourage reflux. 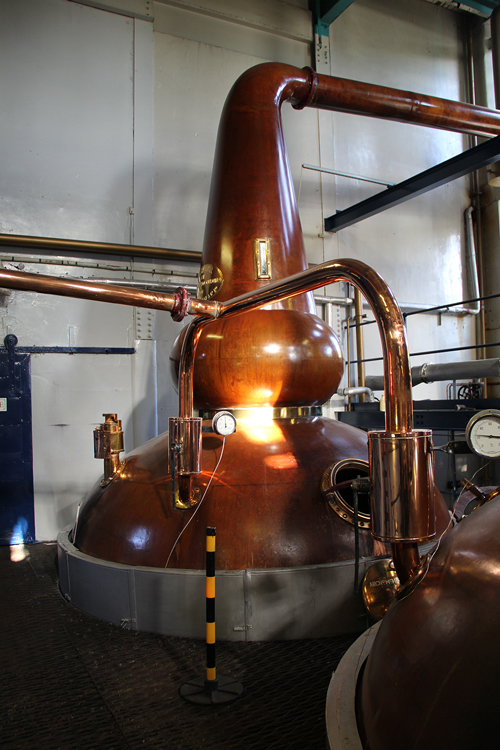 What is really interesting, though, is the temperature stability during maturation. Most distillery warehouses battle temperature changes from floor to ceiling that will alter maturation. Deanston’s warehouses don’t have this problem because there is very little temperature variation. The result is a more controlled maturation environment that keeps their high-quality product consistent from year to year.

And how could I forget the product reformation and honesty policy at Deanston? We used to carry Deanston before they rebranded, reformatted, and vowed to be completely honest with consumers. Before that, there was very little interest. Actually, there was none. We didn’t sell a single bottle in two years. The makeover project has been incredibly successful so far and we want to get behind their philosophy, as it is synonymous with Astor’s. Everything is handcrafted by people, not computers. None of their whisky is filtered and caramel color is never added. “Simple, handcrafted, natural” is the motto that is printed on their label. New? Not really, but most certainly approved. Try them here.