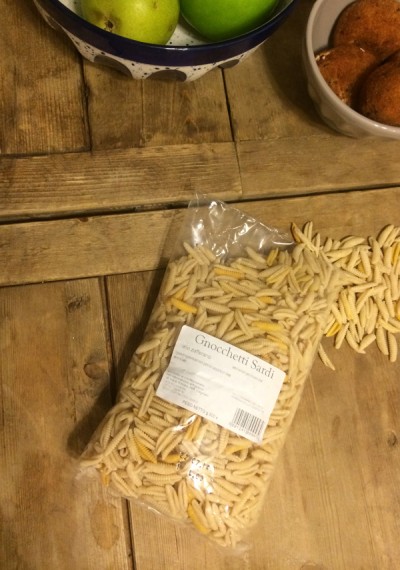 Growing up in a predominantly Italian household, pasta was a staple for us (I say predominantly not because of my hereditary split but because my mother made sure my sister and I were well-aware that our given gift of being Italian citizens took precedence). Pasta was either the main course or the accompaniment to almost every meal. Leftovers often became what my sister and I brought to school for lunch, or were quickly reheated with butter for an after-school snack. Needless to say, pasta quickly became a comfort food and one that I equated with a “hug for my insides” on rough days. Now, living on my own, I save these pasta dishes for more ceremonious occasions. This post being the perfect excuse.

Although most of us don’t see Italy as uncharted territory, the very small island (off of an island) where both my mother and sister were born often goes unnoticed by anyone outside of Europe. Sardegna’s culture and history is rich and has roots in a myriad outside influences by means of wars and invasions. Even through heavy outside influences (first and foremost noted by our strange accents and dialect, which is commonly referred to as its very own language), one thing remains true. Like any other region, Sardegna has flourished by establishing a cuisine based on what grows naturally on its very rocky terrain. Durum wheat, lemons, wild boar, sheep’s milk and goat’s milk cheeses, an abundance of fresh seafood, mirto, prickly pears, lamb, and, of course, Cannonau, were all products I was well acquainted with as a child. There was one product, however, that was stranger than the rest: Parmalat’s UHT-treated milk.

The kitchen was a sacred and forbidden territory in our household. Even given my natural draw toward food and my classic culinary training, I was not allowed to cook in my mother’s kitchen. I would “mess it up” or, god forbid, create something tastier than or unlike one of her dishes. My friends and I would never do post-school snacking at my house, so it wasn’t until my freshman year of college that I faced the harsh reality that drinking Parmalat milk was weird and gross to outsiders. I never for a second thought it was odd when we would have to make a special trip to an out-of-town grocery store for our monthly stock up of milk. Nor did it catch my attention when my mother nearly incited a riot (albeit a one-person riot), when the store manager mentioned they would no longer be carrying Paramlat’s bomb shelter-proof milk. It wasn’t until my very new roommate winced and gagged when I explained that the grocery bag full of boxed deliciousness was my three-month contribution to our dorm room that I realized that something was different. I have since shied away from my habit of shelf-warmed milk and taralucci on a sleepless night.

Parmalat is by no means a traditionally Sardinian product. It was, however, extremely common to see shelf-stable milk and milk products in every grocery store and home on our very small island. My favorite of their products is Panna. Essentially a boxed cream sauce, this was one of the many Italian delicacies my mother would help us fill our suitcases with after one of our two-month stints in the motherland. Luckily, now almost every pork store and Italian specialty store in the States carries these small, six oz. boxes of gold. Which is great news, because transporting stashed food with our underwear and socks was getting increasingly difficult, once Italian airports began employing very stern policemen with German Shepherds possessed of a keen sense of smell. 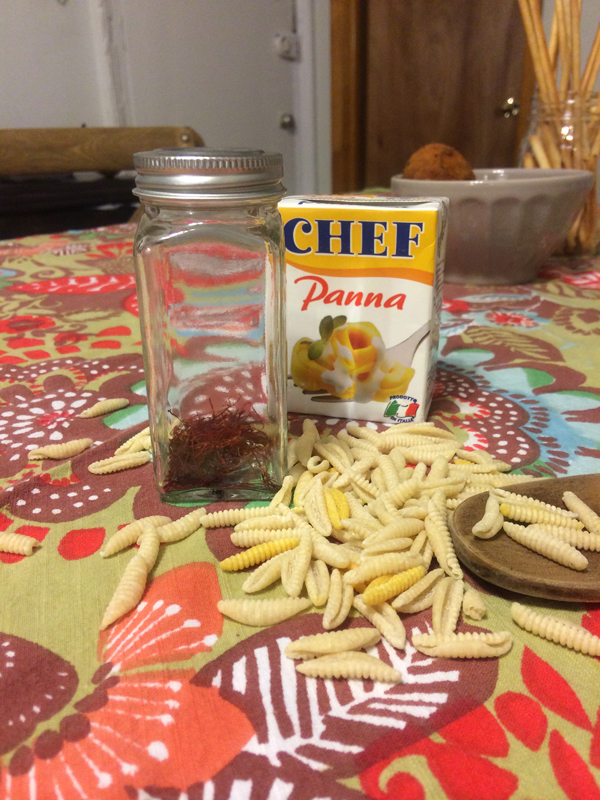 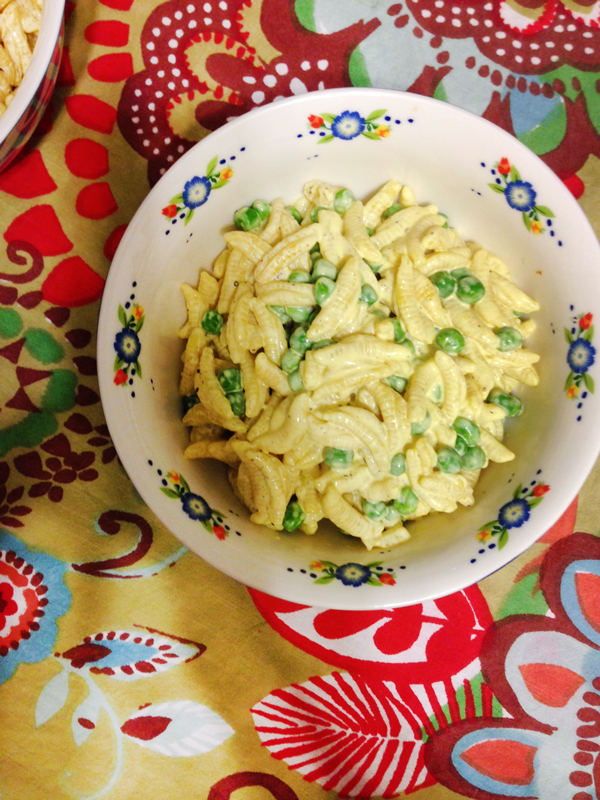 This uncharted terroir post brings me to my favorite dish from the hidden gem of the island Sardegna. It is the simple and ever-alluring garganelli con Panna, zaffrano, e piselli.

This is a very spring-appropriate recipe, as petite peas give a bright snap to any recipe. Also, it’s very quick to prepare, so you have more time to go out and enjoy the refreshing break from the cold.

Ingredients:
1 pound saffron-infused gnocchetti sardi (any texture or shape of pasta can be used; I simply chose this as it holds a special place in my heart)
1 box of Chef Panna
1 large pinch of saffron
1/2 cup frozen petite peas.

Directions:
1. Bring a large pot of water to a rolling boil. The water should be salty like the sea.
2. Place your frozen peas in a bowl to the side while you prepare the other components. This will allow them to come to room temperature. Meanwhile, warm the Panna in a small sauce pot. Once the
Panna is more fluid, crush the saffron and drop it in. Stir often and be sure not to let the Panna boil over (this can cause the cream sauce to burn!).
3. Once the Panna is well-infused with the saffron, strain it through a fine-mesh sieve. Add in the peas and stir until they are warmed through. Season with salt and pepper to taste.
4. Once the pasta is al dente, combine with your saffron Panna and peas. Mix well over low heat and serve immediately.

Works perfectly with a bit of pancetta or prosciutto for a nice, salty bite.

What grows together goes together—sommeliers repeat this ad nauseam, but there’s some truth to the adage. A Sardinian would probably agree that the most appropriate pairing for the rustic pastas from the craggy hillsides of this gorgeous Italian island are, in fact, the wines native to the land itself. In this case, Cannonau (known in the rest of the world as Grenache) works best, with its lush fruit, ripe tannins, and sweet alcoholic finish that is resounding enough to stand up to those near-candied peas. As for the cream in all that Panna, Grenache is also known for its brightness—despite the heat—and this wine can cut through the density of a rich dish like this one, keeping everything afloat.