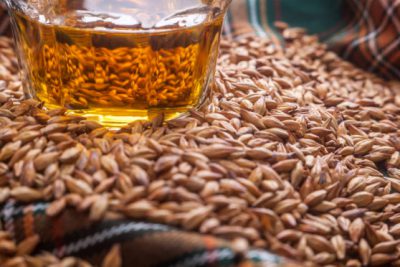 Warm your winter months with a wealth of stellar Scotch whiskies. Read on for picks from our staff as they introduce you to classic bottlings and new favorites for your bar. (Roaring fire and traveling bard not included.)

The Six Isles Scotch is a blend of six individual single malts, one from each of six whisky-producing islands in Scotland (Islay, Skye, Orkney, Arran, Jura, and Mull). Simultaneously complex and concentrated, it is lighter and more nimble than some of the bigger names. At this price, it stands up well next to its other smoky, island cousins that cost twice as much! – Erik Guzinski, Wine & Spirits Consultant

There’s plenty of Scotch out there that mixing up a lot of noise and hype. Does that make it better though? Glenglassaugh is a rich malt with lovely fruit and subtle sweetness—a whisky to make you stop and appreciate its stillness. – Sam Davies, Wine & Spirits Consultant

Talisker was the only distillery on the Isle of Skye for generations and remains one of Scotland’s most iconic producers. Being isolated on their own island for nearly 200 years has given rise to a fair amount of lore and undeniably spectacular whiskies. – Nima Ansari-Bahmani, Astor Spirits Buyer

Although Tomintoul has been around for over half a century, it’s only recently that single malts from the original distiller’s stocks have emerged. There is a variety of offerings to choose from, all with seemingly two things in common—they are good and very affordable. – Nima Ansari-Bahmani, Astor Spirits Buyer

Here we have an old grain relic, made entirely of wheat from a legendary, lost-but-not-forgotten producer, the Caledonian. In its time, Caledonian was dubbed by James Grant as, “The greatest still in Scotland.” It’s pricey, but incredibly rare and unique and totally worth it. – Nima Ansari-Bahmani, Astor Spirits Buyer

For all of its strengths and glories, there’s typically little room for innovation in Scotch. So when we see producers trying something new and delicious—like this new release from Chivas, aged in rare Japanese oak—we are overjoyed to share it. – Nima Ansari-Bahmani, Astor Spirits Buyer