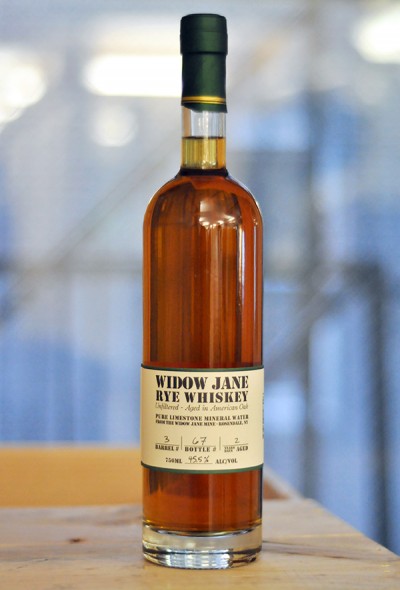 Google “micro-distilleries in America” and tons of articles about the subject will come up. Well, add one more to the search, because we at Astor are just as excited as everyone else. The talk of the whiskey world is no doubt the massive increase of micro-distilleries in America. Instead of talking about the increase from 50 distilleries in 2005 to upwards of 300 today, and the potential for those numbers to hit 1000 in the next 10 years, let’s talk about what that means for the actual whiskey. I spend most of my time in Scotland, where the whisky world can feel polarized with little to no ability to experiment on a commercial scale. When I think of the American whiskey industry, I think innovation and experimentation. American distillers are producing whiskey from bottle-ready beer, using interesting grains such as millet and oats, and maturing spirit in miniature barrels. It is a really interesting time for whiskey, so for innovative American expressions, try:

Leviathan 2 American Peated Single Malt
Outside of Islay this is the highest peated whiskey in the world at 110 ppm. Leviathan will always be a single cask release and you can expect each release to be different. The differences in I from II are amazing and significant. Instead of the Late Harvest Cabernet Sauvignon Cask used to age the first one, Number II was aged in Late Harvest Semillon. The other major difference is where the peat was cut from. It is still the same source from Canada but a different cut. The new peat has a much more intense character overall from I. The impact on the whiskey is dramatic. Aromas of Mesquite spice, deep bitter chocolate, and roasted coffee are showcased against gentler notes of citrus, grain, and honey lent by the barrel. A profoundly earthy palate integrates all these elements wonderfully. We recommend getting more than one bottle to have around when Number III comes out.

New Holland Zeppelin Bend Whiskey
Fresh, distinctive, and complex, one taste of New Holland Zeppelin Bend Whiskey and you’ll know you’ve arrived at the incredible new world of American Craft Spirits. The individual character of this spirit is reaped from painstakingly producing a brewer’s mash and wash from malted barley that creates another level of aromas and flavors not typically seen in a standard whiskey and then magnifying this by distilling it twice and aging it. Allow yourself to wonder as the mercurial aromas switch from fruit to spice and back again. Explosive yet well balanced there is nothing about this that needs to be changed.

Charbay “S” Hop Flavored Whiskey
Flavored whiskey? OK, I’m listening. Well, it’s not exactly flavored in the way you may think. It’s not a finished spirit that has macerated with flavoring agents, or had agents added just before bottling. What we have here is distilled beer. Specifically, The Big Bear Black Stout from Bear Republic Brewing. Regular whiskey production uses a “distiller’s beer” that yields a white spirit when distilled. In this instance you have the next step: making a brewer’s beer that is finished with hops and then distilled, giving a unique aroma that is quite complex, even before aging. This is part of a new movement in whiskey to create change before distilling, as opposed to using a particular cask finish to achieve extra layers of flavor. The aromas leap out of the glass here: herbs, orange, malty grain, leafy greens, and flowers.

Balcones Brimstone Smoked Corn Whisky
Balcones Distillery is leading the American whisky world both in terms of quality and innovation. Here we have their Brimstone that is the finest whisky I’ve had this year and probably many years to come. Smoked in a different method to Scotch whisky; he smokes the distillate, not the barley, using Texas Shrub Oak adding a BBQ like profile never before tasted in whisky. This bottle belongs next to a grill or on a picnic table filled with proper American BBQ.

Corsair Triple Smoked Whiskey
The American maverick spirit is alive and well with new micro-distillers experimenting with different sizes of wood, types of wood, time spent in the wood and with this bottling, different types of smoke used on the barley. Cherry wood, peat and beech wood have been utilized to smoke the barley that has then been pot-distilled creating a single malt that is rich, sweet and smoky.

Innovative styles of whiskey are a huge part of the American distilling industry, and delicious by all accounts, but sometimes you just want a solid glass of whiskey (the way we understood it decades ago) that hasn’t been smoked with shrub oak, beech wood, or cherry wood. Part of what we do at Astor is source unique expressions that differ from a distillery’s commercial brand. Single barrel expressions are an important part of this, because no one barrel should be exactly the same as the next. Commercial brands such as Jack Daniels and Jim Beam rely on the blending of multiple barrels for their success. While this is important, you can bet that every bottle of their product will be exactly the same as the next. The drinker is changing, though. He/she wants to try something outside the box, but within the box, if you know what I mean. It is like the issue I run into at brunch in Brooklyn these days. When I order Eggs Benedict, I don’t always want the chef’s take on it, with guava-juice-soaked-jalapeño-infused hollandaise sauce and eggs cooked in truffle oil; I just want regular eggs Benedict as I understand it. Innovative expressions of whiskey are exciting, but I don’t always want that. What I do want is a unique expression of a style I have already grown to love.

Right now that expression is the single barrel rye from Widow Jane. We absolutely adore Widow Jane’s Bourbon, which graced the market with its presence only recently. The complexity of this single barrel is immense, but not overbearing. Personally, I shy away from whiskeys that just taste like you drank dulce de leche from a jar or chewed on a vanilla bean like you would a Twizzler. Widow Jane’s single barrel has some of those caramel and vanilla notes, but it is balanced with spices that I expect from rye, like nutmeg and cinnamon. That spiciness that rye lovers are addicted to is a chemical compound called Eugenol. It can also be found in oak in small quantities, but the combination of Eugenol found in the rye grain with proper maturation makes for a spice-filled experience. What was even more interesting about the single barrel was the fruits we nosed and tasted. Figs, lemons, and apple were amongst the many. Overall, there is a great complexity to this whiskey, but a harmonious balance that doesn’t make any characteristic too overbearing. The only issue with single barrel expressions is that when the expression is gone, it’s gone.