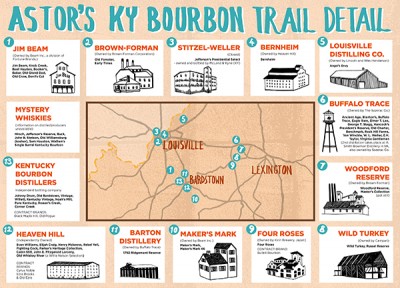 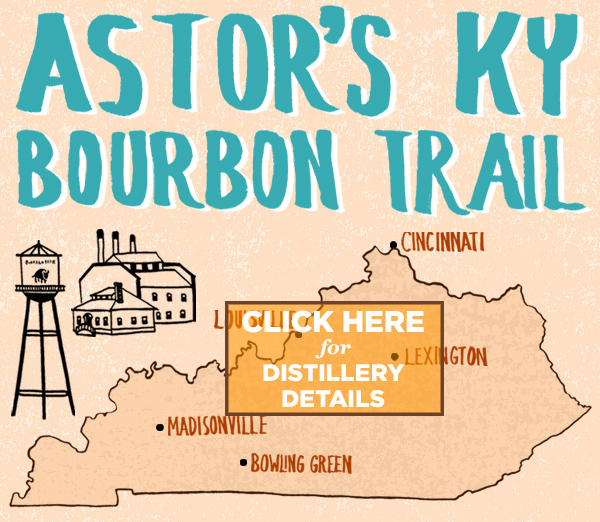 In this day and age, it’s sometimes hard to know where your whiskey comes from. When the only still a brand can claim as its own is in its name, consumers deserve to know. Conversely, when one distillery is making not one, but a few, several, or many excellent Bourbons, it’s helpful to know that they’re all coming from one place. To this end, I’ve done my best to investigate the Kentucky Bourbons carried by Astor to see where they are actually made, and my colleague, Charlotte, has put together a map so that we can see exactly how 70-odd whiskies fit into 13 distilleries. Of these 70 or so, I found a handful that are so shrouded in mystery that we’ve lumped them together into one fictional distillery, called the Mystery Whiskies Distillery. We’ve also put KBD/Willett in its own category, because until recently that distillery was dormant, operating solely as an independent bottler.

Here are some of my favorite whiskies on the map:

Bernheim, Bernheim distillery – If you’re looking for an alternative to the highly sought-after Pappy Van Winkle, stop holding your breath and drink up. This wheated whiskey is mellow as they come, elegant and softly sweet, and there’s plenty to go around!

Wild Turkey Russell’s Reserve, Wild Turkey distillery – A formidable Bourbon, aged 10 years with a generous proportion of rye in the mash bill. A must-have for every collection.

Evan Williams Black Label, Heaven Hill distillery – I discovered my grandpa’s secret: This stuff is good! I keep it in a crystal decanter at home, and it’s not just something I serve at parties, though when I do, no one ever guesses that it’s so dirt-cheap.

Black Maple Hill, KBD contract brand – Hot on the trail of some of the most sought-after Bourbons on the market, Black Maple Hill has me hooked. And darn it! It’s sold out again.