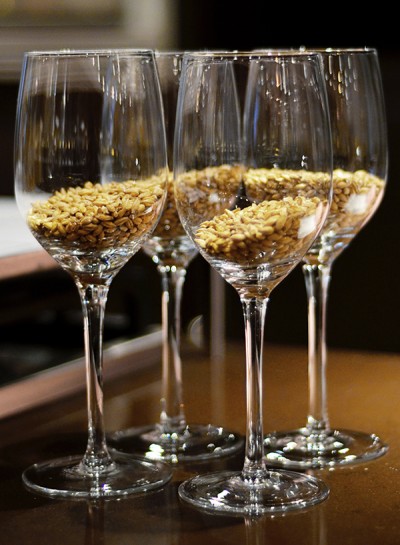 The goal of a good teacher is to simplify content so that anyone can understand. I will try my best. First, let’s get this whole spelling argument out of the way. The Irish inventors of the stuff spelled whiskey with an “e.” As a branding move, Scotland dropped the “e” and spelled it whisky. Most American distillers used the “e,” with the exception of a few who chose to follow their Scottish ancestry. Maker’s Mark, for example, spells it “whisky” because Scots founded the distillery. The Canadians dropped the “e” as well to be like their Scottish ancestors, even though new evidence shows the early distillers in Canada were mainly Irish. But we will open that can of worms another day. The Japanese also chose to drop the “e” because their entire whisky industry was founded on paying homage to the Scots. To you, the readers, spell whiskey however you damn well please. If we spent this much time arguing with the Brits on how to spell “color,” we might not even know what the colors are. So lets get to good stuff… the actual whiskey.

Raw Material
The easiest way to understand the differences between whiskeys from around the world is to first think about the raw materials and the process. To make whiskey, an alcoholic beer must be produced first and foremost. Then, to become a whiskey, that beer must undergo the process of distillation. These two steps are the common ground of all whiskey. The first main point of differentiation is the raw materials used. What grains did we use to make the beer required for distillation? Corn? Malted barley? Wheat? Rye? The recipe for a combination of grains is called a “mash recipe.”

Process
Now let’s take a peak at the process and try to understand distillation on a broad level. No matter what the grain makeup of our beer is, to become a whiskey, it must be distilled. Distillation is a physical method of separating components of a liquid mixture. The Oil and Gas industry utilizes distillation to separate crude oil into fractions for specific uses such as power generation. Water can be distilled to remove impurities such as salt from ocean water. Alcoholic beverages are distilled to produce higher alcohol levels. No matter what distillation is used for, the concept of physical separation is the same. This is done by heating the liquid mixture to a boil. The boiling liquid gradually turns to a vapor, separating itself from the liquid mixture. The alcohol vapors are then captured, cooled and condensed back into a liquid. This is simple chemistry dealing with phase changes: that’s it. When the alcohol vapor condenses back into a liquid, it now has a higher alcohol content. The distillation process has increased the Alcohol By Volume (ABV) substantially, which is why whiskey is so strong. While we are the subject, this is the base of all distilled beverages. If we distill wine, we get brandy. If we distill fermented sugar, we get rum. If we distill fermented agave sugars, we get tequila and mezcal. If we ferment beer, we get whiskey. Get it? Got it? Good… Let’s put our focus back solely on whiskey.

For most whiskey to be called whiskey, it must undergo several years of maturation in oak casks. Except for the United States, obviously, who do everything differently. Unaged whiskey around the world is called “new make spirit,” while in America, you can find a number of clear whiskeys under the names corn whiskey, white dog or moonshine. No matter what the name is, the clarity of the whiskey indicates there has been no oak maturation.

Below is a table that should help clarify the different definitions for different whiskeys from different countries. I hardly scratched the surface, but this is a good introduction.

Myth Busters
I would like to conclude with a few fun facts or “myth busters” that I didn’t quite cover. While many Canadian whisky brands only print “rye” on the label, that does not necessarily mean there is any rye in the bottle whatsoever. It was more of an identity that producers and drinkers applied to their whisky. They were also producing rye whisky long before we Americans were, so don’t be quick to judge. They are the ones who discovered the beauty of rye in whisky. The huge difference is that they don’t alter their mash recipe; they blend finished corn whisky with finished rye whisky to produce “Canadian Rye.”

In the U.S.A., small-batch and single-barrel whiskeys are two different things. Don’t be fooled by the “small-batch” terminology on the label, because all it really means is that a number of different barrels were blended together to create the final product. This number could be in the hundreds, so there is often nothing “small” about it. Single-barrel means exactly what it says: the whiskey must originate from one single barrel.

Finally, Bourbon DOES NOT need to be produced in Kentucky. It can be produced anywhere in America as long as it meets the TTB’s definition of Bourbon.

For more, check out Whisky Smackdown: Scotch vs. Bourbon at Astor Center on August 14th.