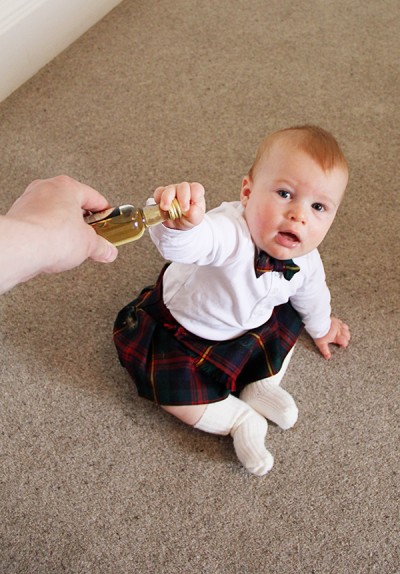 Another Father’s Day is here, and what better gift to give than whiskey? This is my first year as a father, but I don’t think my son is in a position to purchase a bottle. Instead he dressed up in his kilt and offered a bottle that he had stolen from my personal collection. I will let him off for now, but if he were old enough, I would hope that his gift to me would be somewhere along the lines of these selections.

Glenfarclas Family Cask 2001 Scotch – 2001
This incredibly complex whisky has aromas of mustard seed, cinnamon, hazelnut and fresh sugar cane. It almost smells like spiced rum. On the palate, the spice continues with dense flavors of fruit, dessert wines, and a hint of caramel. The finish is long and leaves your mouth salivating for more.

A.D. Rattray Bowmore 23 Yr. Scotch
Too good to be true is too simple of a way to describe this stunning whisky. So let’s get into the reasons that make it so. All of the whisky in this bottle was drawn from a single cask of spirit distilled at Bowmore in 1989, the legendary, oldest functioning Scotch distillery in the world. The cask used was a Refill Sherry Hogshead and the whisky has stayed at cask strength, un-chill filtered, and without the addition of additives such as caramel the entire 23yrs to preserve maximum authenticity, character, and flavor. At first the elements seem understated and subdued but sure enough, lurking under the gentle nose of heather honey are notes of toasted grain, subtle iodine, ripe plum fruits, nutty toffee, bitter chocolate and coffee grounds amongst other things. Earthy peat and classic smoke have faded on the nose a bit with age but they are tell tale signs of what you’ll taste. A dash of water helps release the peat explosion that unfolds on the tongue and slowly reveals a series of spice laden flavors that carry on into a finish for the ages. There is no doubt that the this is what those folks had in mind when they decided to make whisky up there so many years ago. And what a lucky steal compared to the regular 25yr release! Very Limited Supplies.

Dun Bheagan Glen Grant 15 Yr. Scotch
Glen Grant has always been a master of making whiskys that preserve an intense, yet fresh and light character. Their smaller slender stills are a big reason for this process and the flavors that are retained are incredibly pure and individual. That is primarily what has kept them in extremely high demand among blenders and not as widely available as a single malt. Thankfully, this 15 year independent bottling gives us a rare opportunity to taste and cherish a dram that has made an indelible mark on the scotch whisky world. Banana, pear, and stone fruit notes jump from the glass and are accentuated by fragrant floral and malt aromas. All this is masterfully translated to the palate in a seamless silken fashion with a beautiful bright spicy finish. This is a distinguished uncompromising dram with incredible appeal.

High West Double Rye Astor Cask
The juice that the folks at High West have been putting into bottle has been so good that we jumped at the opportunity to get our own cask. Double Rye takes on a new meaning in the context of this single cask. Select casks of 2 year old rye and 16 year old rye are married into a refill Bourbon barrel for over a year until they become one incredible whiskey. This double maturation results in a whiskey that combines the sweet youthful liveliness of young rye along with the deeper caramel and spice notes gained from old age with impeccable balance.

Charbay “S” Hop Flavored Whiskey
Flavored whiskey? OK, I’m listening. Well, it’s not exactly flavored in the way you may think. It’s not a finished spirit that has macerated with flavoring agents, or had agents added just before bottling. What we have here is distilled beer. Specifically, The Big Bear Black Stout from Bear Republic Brewing. Regular whiskey production uses a “distiller’s beer” that yields a white spirit when distilled. In this instance you have the next step: making a brewer’s beer that is finished with hops and then distilled, giving a unique aroma that is quite complex, even before aging. This is part of a new movement in whiskey to create change before distilling, as opposed to using a particular cask finish to achieve extra layers of flavor. The aromas leap out of the glass here: herbs, orange, malty grain, leafy greens, and flowers.